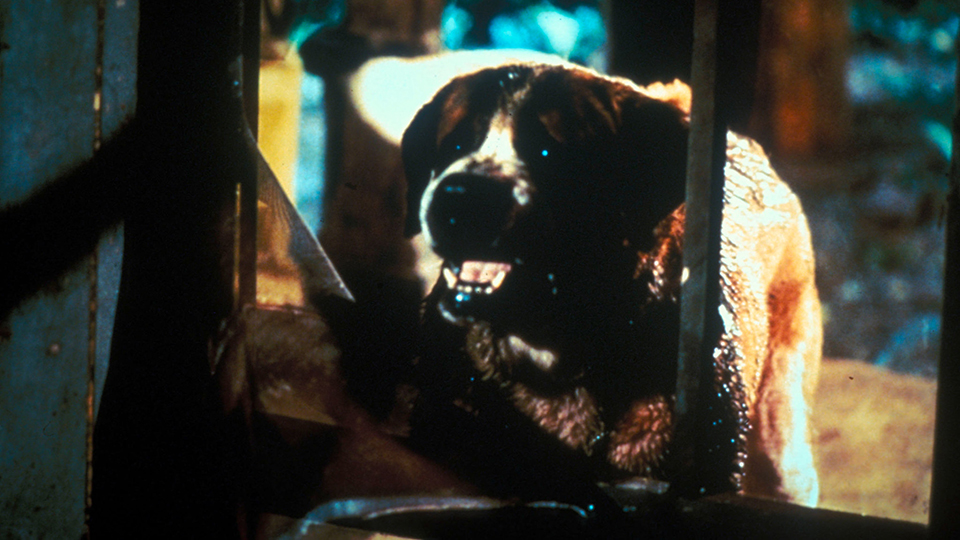 Eureka Entertainment to release Cujo, the terrifyingly effective 80s cult horror based on the best-selling novel from Stephen King, on Blu-ray for the first time ever in the UK in a Special Limited Two-Disc Edition as part of the Eureka Classics range from 29th April 2019.

Evil bites when a monstrous canine terrorises a helpless family in this legendary cult classic. Based on Stephen King’s best-selling novel, Cujo gives horror a new name. While Donna (Dee Wallace, The Howling, E.T. the Extra-Terrestrial) and Vic Trenton struggle to save their rocky marriage, their son Tad befriends the loveable St. Bernard who belongs to their mechanic. But what they don’t realise is that a bat bite has transformed Cujo from a docile pup to a vicious killer. With Vic away on business, Donna and Tad’s car trouble pushes them into a living nightmare — trapped by the demonic, relentless dog from hell. This critically acclaimed thriller promises to have you glued to your seat and foaming at the mouth!

Making its UK debut on Blu-ray, with over 7 hours of extra content, Eureka Classics is proud to present Lewis Teague’s Cujo in this special Limited Two-Disc Blu-ray Edition.

Cujo, a terrifyingly effective 80s cult horror based on the best-selling novel from Stephen King, is released Monday 29th April 2019 on Blu-ray and can be purchased here https://amzn.to/2GxdRvj.

To celebrate the release of Cujo, we’ve got 3 copies to give away. Enter below for a chance to win…

Advertisement. Scroll to continue reading.
In this article:Cujo, Eureka Entertainment