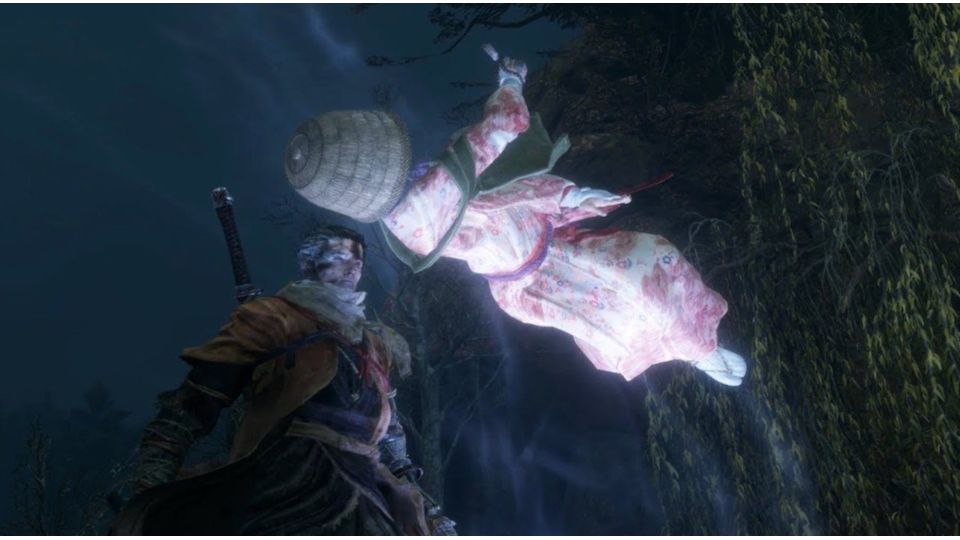 Some boss fights in Sekiro: Shadows Die Twice should be easy and O’rin of The Water should be one of them. For me though, she wasn’t. I simply didn’t bring my parrying game to this fight and was getting pasted.

She is very fast and very mobile making her hard to hit and counter. You also need to make sure you bring divine confetti along. When you first encounter her you enter a dialogue. It didn’t matter what option I chose, it always ended in a fight with me on the losing side. Perhaps there is a quest I haven’t completed that means you don’t have to fight her but if so I don’t know what I’ve missed.

After trying many times to kill her honorably I resorted to trying to lure her back to the Mibu Village Idol in the hope that she would give up the chase and retreat, allowing me to get in a stealth deathblow. This didn’t work but I did find that she does only come so far which allows you to get some distance and remain safe.

I’m ashamed to say that this is the tactic I resorted to, luring her out, getting some hits in then running away with my tail between my legs. On one of my attacks she dodged into a corner between a rocky outcrop on the right hand side and the cliff wall. I pressed my attack and found that she wasn’t able to counter at all. All that was left was to wail away wildly with my sword until her posture was broken.

I’m not proud of this cowardly way to kill her but it works!