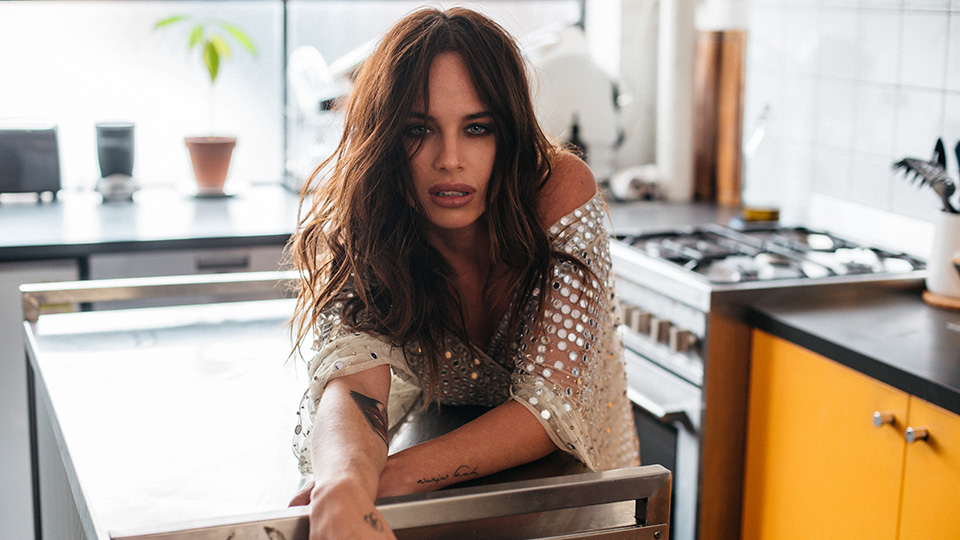 Bonnie Anderson is perhaps best-known in the UK for her role as Bea Nilsson.

In her native Australia, she’s been performing since a young age and won Australia’s Got Talent when she was only 12 years old. Last week Anderson released her debut UK single Sorry and the video debuted today.

I caught up with Bonnie to talk about Sorry, find out about her experience on Neighbours and to discuss her plans for new music.

Hi Bonnie. How are you today and where does this Q&A find you?

Hi there, I’m very good thank you, thank you for asking – I hope you are well and smiling too. I am writing these answers sitting in London, enjoying my last day here.

You’re just released your debut UK single Sorry. What’s the song all about and what inspired it?

The song was written three years ago, inspired by the feelings of strength and resilience. At the time, I was writing a lot about my relationship, the broken times and the good times. Sorry was the product of a clear-mind that the song-writing process gave me.

Why did you choose to release the track as your debut UK single?

Because it’s my favourite song. It’s true to who I am as an artist, my story and what I stand by.

The song is playing a big part in your Neighbours storyline at the moment. What’s it been like mixing your music with your acting work?

It has been a really special transition mixing my music with acting. I am very happy that Bea’s storyline has organically evolved and embraced her musical side. Sorry fits perfectly with her narrative as it represents her relationship with Finn Kelly, the hurt and harm that he left her with. Writing the song was a way for her to overcome these emotions and move forward from that dark time.

Neighbours is an iconic show and it’s launched the careers of many of its stars. How did you get involved with the show and what opportunities has it given you?

I auditioned a few times for the show before I actually got the role of Bea; they actually created the character specifically for me! I was over the moon and so excited about the opportunity. In the last year, I feel like I have grown and learnt so much. It truly is one of the best things I have ever done!

You’ve been releasing music in Australia for a few years now. Are you working on an album at the moment? What’s the plan for new music?

I have. I have been doing music my whole life, releasing my first ever single when I was 17 years old. Over the years, I have stayed very true to myself, making it extra scary when releasing music because it’s so honest. It’s a very cool feeling sharing your music and experiences with the world, and I can’t wait to share more!

When did you first realise that music was something you wanted to pursue?

Since I was in nappies! As far back as I can remember I have dreamt of being a singer. When I was 12 years old I won Australia’s Got talent and that was just epic, and it truly cemented my dream of being a performer.

As you mentioned you won Australia’s Got Talent when you were just 12 years old. What was that experience like and in what ways did it prepare you for fame and success?

The experience was incredible! As a young girl, it was extremely overwhelming but incredible fun. I remember lots of lights, cameras and music! I was grateful for my time on the show, it taught me a lot and set me up for a career in music. After the show, I found so much motivation to pursue a music career.

When can we see you playing some live shows in the UK?

Hopefully very soon. I am returning to Oz to do some touring and then I plan on jumping right back on a plane to London to knock out some shows. It’s definitely something I want to lock down asap!

I have more music coming out soon, as it would be rude to just leave you with just one song and, I also have some very exciting narratives coming up in Neighbours.

Bonnie Anderson’s debut UK single is available through BMG now. Watch the video for it below:

Advertisement. Scroll to continue reading.
In this article:Bonnie Anderson, Neighbours