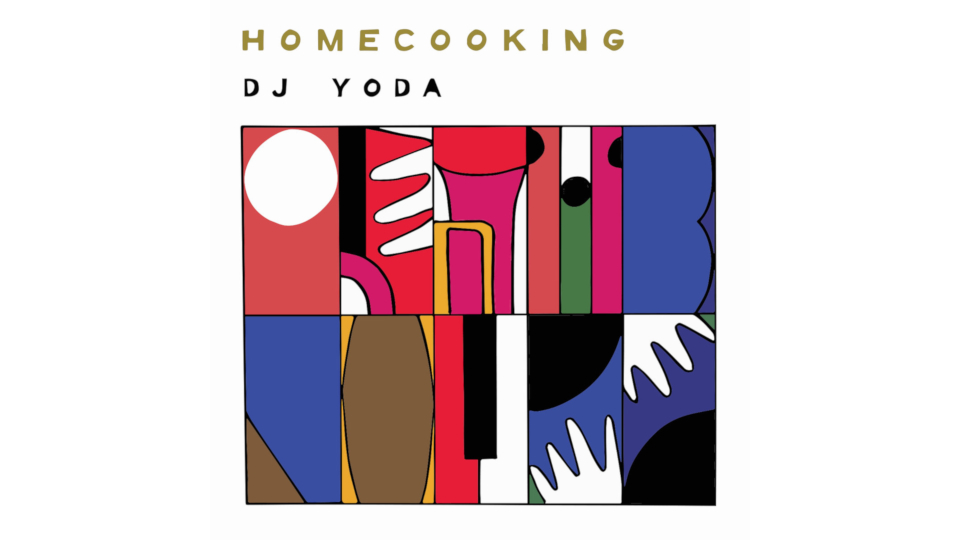 Homecooking by DJ Yoda is the latest album from the DJ and producer. It is a mixture of hip-hop beats and jazzy instrumentals featuring live musicians and as ever some interesting MCs and vocalists.

When I think of music from DJ Yoda the word fun springs to mind and I have to say that Homecooking is not fun. By that I don’t mean that I don’t like it, in fact, I love it, but it is a big departure from what I’m used to hearing from Yoda. It comes across as a much more serious affair and isn’t as instantly gratifying.

Yoda himself even said that he wasn’t sure if this was a DJ Yoda album and was considering using another name to release it under. I for one am happy that he didn’t as it shows how much he is growing and evolving as a producer.

The album features upcoming jazz musicians Theon Cross, Nubya Garcia and Henry Wu plus vocals from Omar, Joel Culpepper and Eva Lazarus. There are also appearances by the Jungle Brothers and EdoG on the mic.

The whole album has a jazzy laid back feel and will be a perfect listen as the weather gets warmer, it has a carefree feel and is great for lightening your mood. The singles Roxbury and Afrika certainly stand out as being the most accessible tracks and will attract the hip hop heads.

For me it’s the other tracks that make Homecooking interesting and I’m sure it could be these that could also put other people off. There are lots of complicated rhythms in there, such as the track Eastville with Eva Lazarus,  that often require a few listens to come to grips with and if you’re not a fan of jazz music these will prove even more challenging.

There is something for everyone in this album. The first track, London Fields, is a laid back song featuring Joel Culpepper and is reminisent of a Nightmares on Wax tune. We get to witness Yoda’s skills on the turntables on several tracks but they are quite low key rather than the focus of the tracks, check out Croxley Green and Soweto if this is your bag.

With every listen I notice something new on Homecooking and although I liked it from the start I feel it growing on me more and more. Homecooking shows how Yoda has evolved his style over his many years in the industry and truly puts him on the map as an interesting producer.

If you’re a fan of Yoda go have a listen, I promise you won’t be disappointed. I would also recommend Homecooking if you’re a fan of jazzy cross overs by the likes of the Herbaliser, Guru, A Tribe Called Quest or De La Soul.

Listen to Homecooking below: