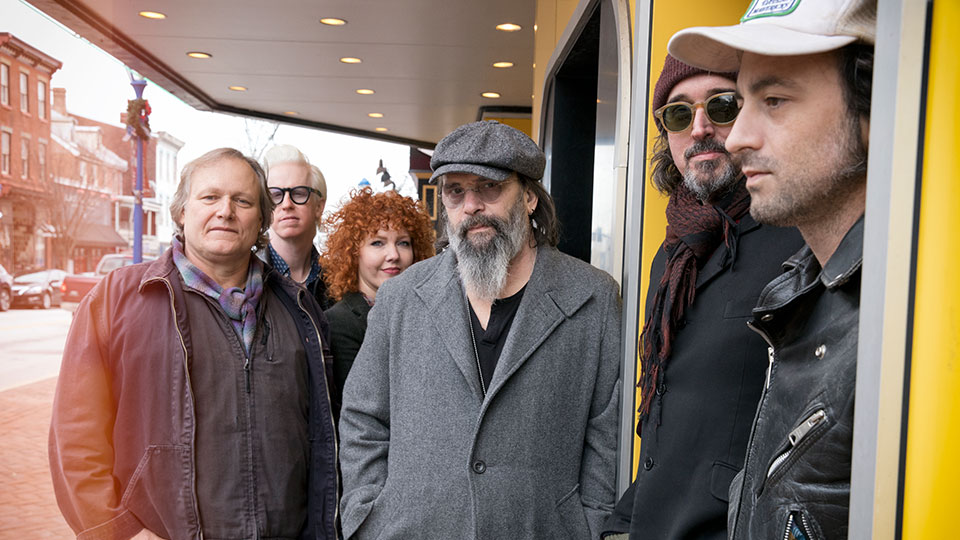 Steve Earle has decided to honour his late friend Guy Clark, the trend-setting outlaw Country singer-songwriter, with new album Guy. Like his 2009 release Townes, which paid tribute to the Townes Van Zandt, Guy sees Earle tackling 16 of Clark’s songs from across his celebrated career. Earle and Clark met in 1974 when Earle took over from Rodney Crowell in Clark’s band. Recording this very personal record must have brought mixed feelings to the surface for Earle but it’s a loving way to honour a person that had a profound impact on your life.

How you feel about Guy will very much depend on how you feel about covers albums. Some artists try to put their own stamp on the covers, with varying results, while others prefer to pay a straighter homage to the songs. Earle mostly sticks to the latter. Guy opens with Dublin Blues, the title track from Clark’s 1995 album. The most notable difference between Earle and Clark is that Earle’s voice has a much grittier sound to it. Instrumentation wise, the song stays very close to the original arrangement.

The songs on Guy feature some of the more obvious selections from Clark’s catalogue along with some of his later work that may not be as familiar. Six of the tracks are covers from Clark’s 1975 debut album Old No. 1. The first of those is the classic L.A. Freeway and Earle keeps the song’s original gentle quality. Texas 1947 feels a little bit harder in the hands of Earle while Desperados Waiting for a Train is a worthwhile cover of the much-loved classic.

Elsewhere on the record Earle digs into later material such as the rockier Out in the Parking Lot, which originally featured on Clark’s 2006 album Workbench Songs, the spoken word The Randall Knife is a welcome change of pace, and The Last Gunfighter Ballad is a stripped-back moment that allows Earle’s voice to really shine.

Guy is obviously a personal and passionate project for Earle. It’s a solid tribute to Clark’s artistry but it lacks the punch that Earle often packs in his music. Fans of Earle will snap up the album regardless but there’s not enough difference between the versions here and Clark’s originals to warrant you rushing out to buy it. Guy is an interesting listen but just don’t expect to hear anything that strays too far from the originals.