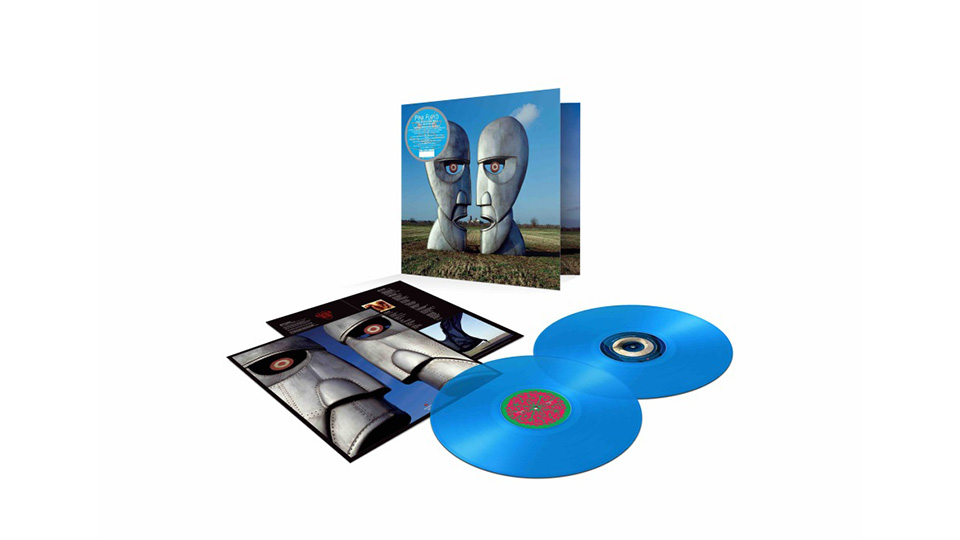 Pink Floyd will release a 25th anniversary edition of their classic 1994 album The Division Bell on 7th June 2019.

The limited edition release will be available on translucent blue vinyl, echoing the original limited blue vinyl release in 1994. You can pre-order it now.

The Division Bell was the last studio album to be recorded by Pink Floyd. At the time the band members were David Gilmour, Nick Mason and Richard Wright. It featured the Grammy-winning track Marooned and topped the charts in the UK, the USA, Australia and New Zealand.

To date the album has sold over 12 million copies worldwide.

David Gilmour said at the time: “The three of us went into Britannia Row studios, and improvised for two weeks. Playing together and starting from scratch was interesting and exciting, it kick-started the album and the process was very good, it was collaborative and felt more cohesive.”

The sleeve artwork for The Division Bell was the first Pink Floyd image to be featured on a Royal Mail stamp, in an issue of Classic Album Covers. The iconic album artwork of the two huge metal heads in profile talking to each other, and in turn, creating a third forward-facing head, was provided by long-time Floyd collaborator Storm Thorgerson.

The album was remastered for the release in 2014 by James Guthrie, Joel Plante and Doug Sax at The Mastering Lab from the original analogue tapes. Bob Ezrin and David Gilmour produced the original album, with orchestral arrangements by the late Michael Kamen.

The track listing for The Division Bell is:

Wearing The Inside Out (Music: Richard Wright – Lyrics: Anthony Moore)

Coming Back To Life (David Gilmour)

Advertisement. Scroll to continue reading.
In this article:Pink Floyd