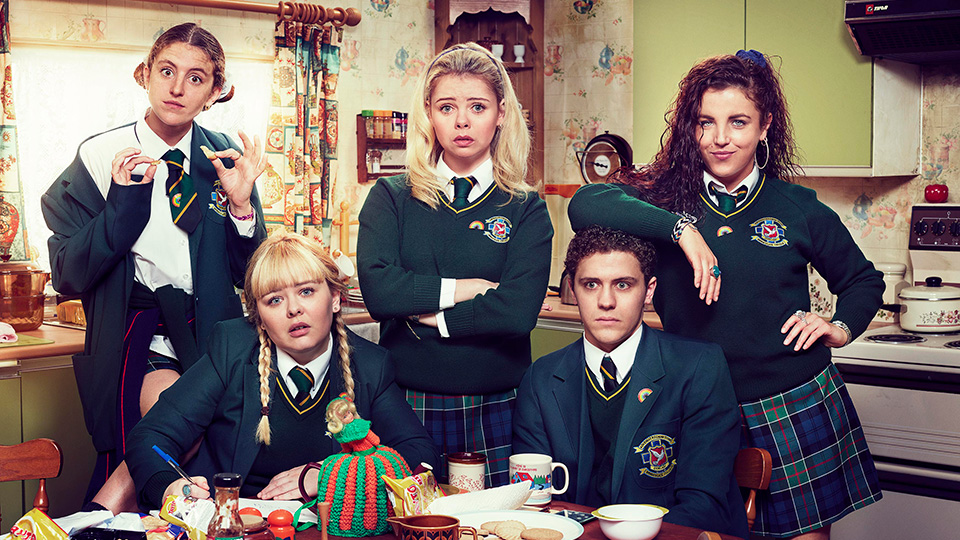 Derry Girls has been renewed for a third series by Channel 4 it has been announced.

The news comes after the award-winning show completed its second series last night. The third series will feature six new episodes and it was commissioned by Ian Katz, Channel 4 Director of Programmes, Head of Comedy Fiona McDermott and Commissioning Editor Jack Bayles.

Derry Girls’ second series premiere was Channel 4’s biggest UK comedy launch episode for 15 years with a consolidated audience of 3.2 million viewers. The audience average across the series has grown from series one.

Ian Katz, Director of Programmes at Channel 4, says, “At a time of great uncertainty about the future of the country thank god we have one unequivocally good piece of news to look forward to: the Derry Girls will be back to make our lives a bit brighter and more fun.”

Fiona McDermott, Head of Comedy at Channel 4, says, “It’s no surprise that Derry Girls continues to delight a growing legion of fans – a combination of magical writing and adorable characters make this show both timely and timeless. We’re delighted to confirm a third series – don’t tell Ma Mary, but I’m breaking open the Christmas cupboard in celebration.”

Lisa McGee, writer of Derry Girls, says, “I love writing this show and I’m so thrilled to be able to continue the Derry Girls story, thank you Channel 4, Erin and the eejits live to fight another day!”

You can catch up on Derry Girls now on All 4.

Advertisement. Scroll to continue reading.
In this article:Channel 4, Derry Girls