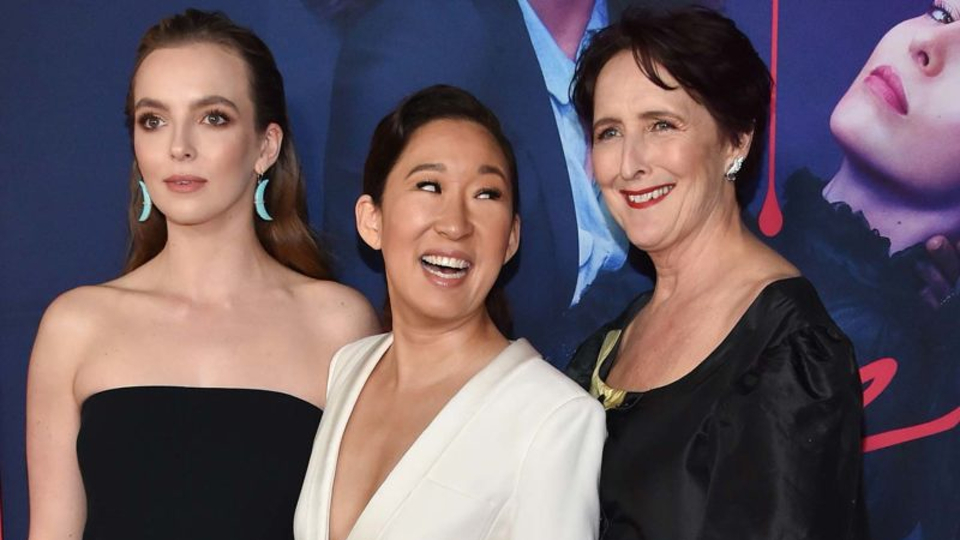 Killing Eve season 2 began airing in the US last Sunday (7th April) and we’re still waiting to find out when we can watch it here in the UK. If you haven’t seen season 1 yet then you should get on with it while we wait.

Despite the lack of a UK air date for season 2 we have some great news for Killing Eve fans. BBC America has confirmed that they have already renewed the critically-acclaimed series for a third season. Killing Eve is based on the Codename Villanelle novellas by Luke Jennings and stars Sandra Oh, Jodie Comer and Fiona Shaw

The show again passes the baton to a new female writing voice. British writer Suzanne Heathcote (Fear the Walking Dead) will be serving as lead writer and executive producer for season 3. She takes over from season 2’s Emerald Fennell (Promising Young Women) who took over from season 1’s Phoebe Waller-Bridge

“We love having this show and the brilliant Sandra Oh, Jodie Comer and Fiona Shaw on our networks,” said Sarah Barnett, President, Entertainment Networks for AMC Networks. “Phoebe Waller-Bridge and Emerald Fennell have delivered two addictively entertaining seasons. As we did last year, we’re renewing Killing Eve right out of the gate, now with Suzanne Heathcote as lead writer, as a sign of confidence – we adore this show as much as our fans do. Killing Eve doesn’t do anything in a templated way; we love giving opportunity to three genius women to make their mark.”

The fantastic season 1 left us on a cliffhanger as British intelligence agent Eve Polastri (Sandra Oh) caught up with psychopathic assassin Villanelle (Jodie Comer). Eve ended up stabbing Villanelle but she escaped, leaving us to wonder if she survived.

EF Television will keep you updated on all things Killing Eve as they are announced.

View some first-look images from Killing Eve season 2 in our gallery: