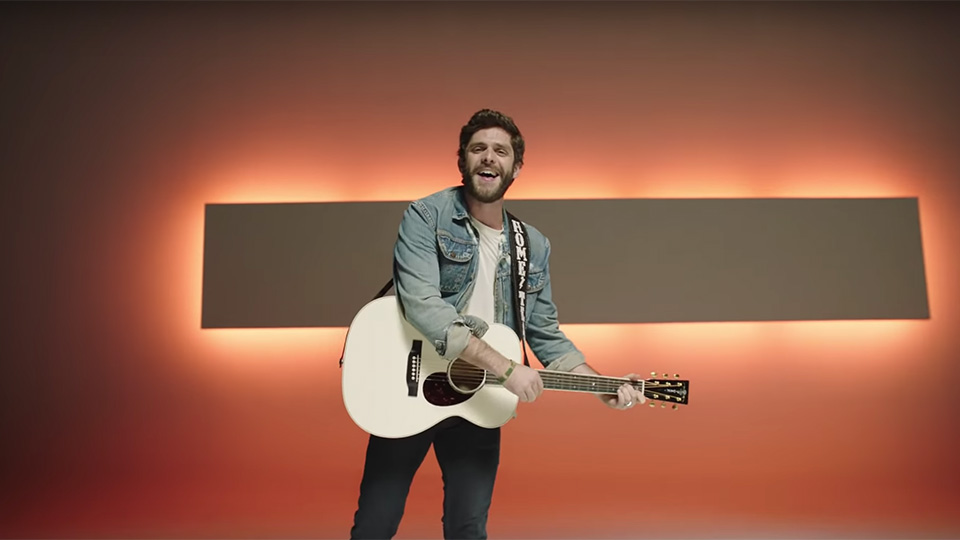 Thomas Rhett has released the music video for his latest Top 15 single Look What God Gave Her.

Following its premiere on CMT’s Hot 20, the video is now available online and it’s a celebration of trailblazing women who are all inspirational ground-shakers – ranging from charitable leaders, mothers, artists and beyond. Fans will also spot Rhett’s wife Lauren and their two kids in the video.

“When we started talking about the music video, it was natural to include Lauren, but I also wanted to include other inspirational women who are doing some amazing things,” said Rhett. “Rather than hire actors for the video we connected with the founder of Love One and her family, the women of Thistle Farms and an incredible artist who also did our art for the single cover to come be featured. Being able to spotlight them and celebrate these strong women along with with my wife and daughters was such a special experience.”

The video was directed by TK McKamy and it’s a colourful affair. Look What God Gave Her is the lead single from Rhett’s upcoming album Center Point Road, released on 31st May 2019.

Tonight Rhett will perform on the ACM Awards in Las Vegas, where he’s nominated for Male Vocalist of the Year.