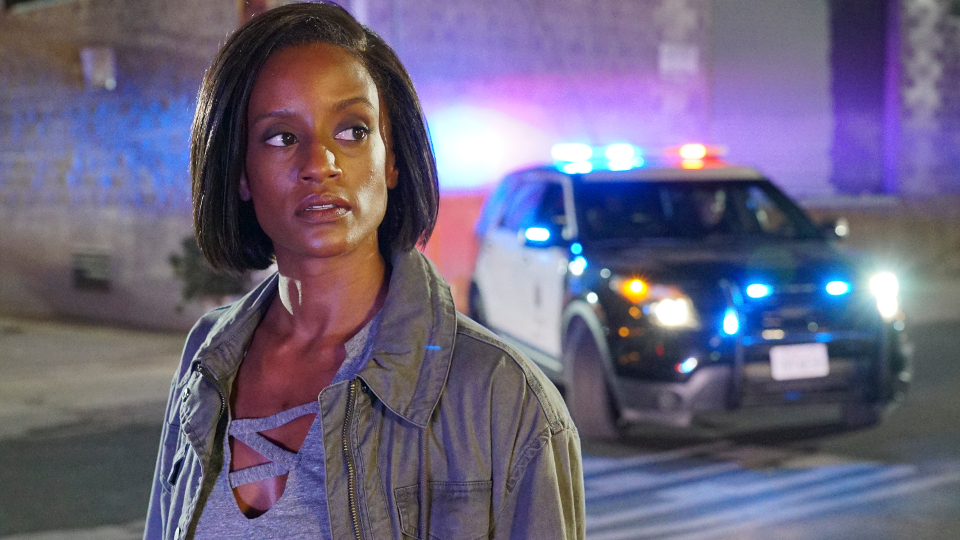 The latest episode of The Rookie saw Nolan (Nathan Fillion) getting repeatedly told off for all the damage he’d managed to cause during police pursuits.

Nolan and Bishop’s (Afton Williamson) day started with a car chase that ended in Nolan talking a bride down from the Hollywood sign. His reluctance to force the other car to stop resulted in $21,000 of damage. He later damaged more police cars on a man who’d stolen a scissor lift and by accidentally knocking down a woman who was feeling her kidnapper.

Lopez (Alyssa Diaz) covered for West (Titus Makin Jr.) not firing his weapon last episode to stop it affecting her promotion chances. She then decided to really test West by attending all the high-risk cases. This included talking a man down who was smashing up a church due to taking PCP.

With Bradford (Eric Winter) out of action, Chen (Melissa O’Neil) was assigned Scott Wrigley (Joe Williamson) as a temporary training officer. He spent the day chasing parking tickets and even left Chen at a diner while he headed home for lunch. It all turned out to be a test by Bradford to see how she coped.

Wade Grey (Richard T. Jones) continued to ensure things were difficult for Nolan. He wasn’t happy about the huge repair bills Nolan was racking up and made sure he had plenty of paperwork to complete. However, he did end up giving praise for Nolan’s handling of the kidnapping case. Nolan also got to show his caring side by checking in on the woman in hospital.

Elsewhere in the episode, Bishop continued to push Chen about her relationship with Nolan. In the end she told him she just wanted to keep things casual.

Watch the promo for The Rookie 1×03 The Good the Bad and the Ugly:

In the third episode, after Nolan and Talia lose control of a crime scene, they begin to debate whether people are fundamentally good or bad and what that means for a police officer. Meanwhile, Lucy is concerned Tim is enabling his wife’s destructive behavior and not taking care of himself.

Preview The Rookie 1×03 The Good the Bad and the Ugly with our gallery: