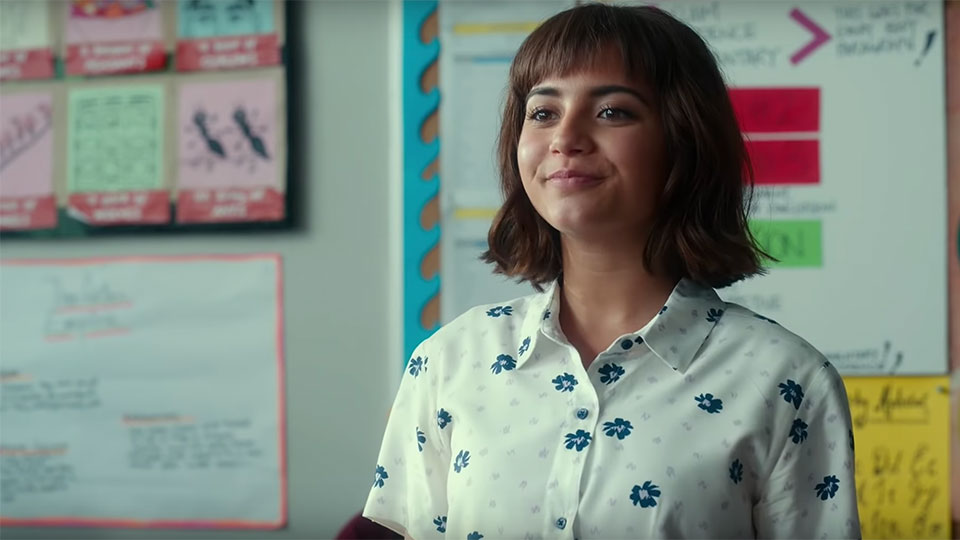 The first trailer has arrived for Dora and the Lost City of Gold following the release of the poster recently.

Talking about the parallels between her life and Dora’s, star Isabela Moner says, “Growing up, I really related to Dora, in the sense that she spoke both English and Spanish. Then, at a young age, I had the same haircut, so everyone called me Dora! When they sent me the script I was like, ‘I have to do this. I’ve been her my whole life!’”

Having spent most of her life exploring the jungle with her parents, nothing could prepare Dora (Isabela Moner) for her most dangerous adventure ever – high school. Always the explorer, Dora quickly finds herself leading Boots (her best friend, a monkey), Diego (Jeff Wahlberg), a mysterious jungle inhabitant (Eugenio Derbez), and a rag tag group of teens on a live-action adventure to save her parents (Eva Longoria, Michael Peña) and solve the impossible mystery behind a lost city of gold.

Dora and the Lost City of Gold is directed by James Bobin from a screenplay by Nicholas Stoller and Matthew Robinson based on a story by Tom Wheeler. The film is produced by Kristin Burr and executive produced by Julia Pistor, Eugenio Derbez and John G. Scotti.

Advertisement. Scroll to continue reading.
In this article:Dora and the Lost City of Gold