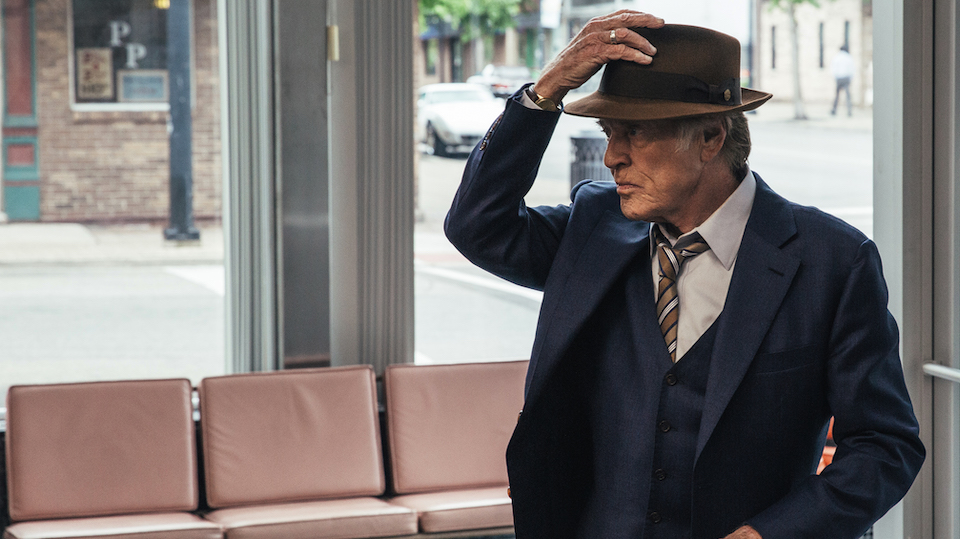 In what is likely to be his final film performance, after a sixty-year career in Hollywood, Robert Redford is going out on a joyous high. The Old Man & the Gun, based on the life of bank robber Forrest Tucker is a fittingly soulful finale to an astonishing career – one that has delivered an almost incalculable contribution to cinema – and sees Redford play that famous loveable rogue one last time.

Having broken out of San Quentin a few years prior, when we first meet Tucker (Redford) he has just robbed a bank. We soon discover he has been on a phenomenal crime spree, robbing banks all over the country. He just loves robbing banks, and he does it with such style and grace. No one gets hurt, and everyone comes away thinking what a polite old man he was. The ultimate gentleman robber.

Redford is on tremendous form here. Not content to cash in on his name and sully his filmography with late-career garbage (as so many stars of yesteryear seem to do), Redford has continued to take interesting and challenging roles, and here we find him at his charming, twinkly-eyed best. His portrayal of Tucker is beautifully judged, funny and affectionate, and tinged with just a hint of sadness. He makes it all look so effortless.

The film has more than a few nods to Redford’s iconic past, including a sensational flashback montage, comprised of clips and stills from his old movies. But the film it nods to the most is of course George Roy Hill’s masterpiece Butch Cassidy and the Sundance Kid. From the sly opening text on the screen, to its classic western structure. Tucker is the outlaw being pursued by the posse of lawmen, led by Casey Affleck’s Detective John Hunt. Even as the robberies mount up, Hunt can’t help but admire the man he is chasing. A mid-film encounter between the two men reminded me of De Niro and Pacino in Heat. But the scene in Heat didn’t make me smile anywhere near as much.

Writer-director David Lowery continues his incredible hot streak of brilliant films in disparate genres and styles. His previous film, the masterpiece A Ghost Story (my favourite film of 2017) was a melancholic meditation on love, loss, and memory, filmed in academy ratio. By comparison, The Old Man & the Gun is an almost jaunty caper, elegantly shot on sumptuously grainy Super 16mm.

Bolstered with fantastic supporting turns from Sissy Spacek, Elisabeth Moss, Danny Glover, and Tom Waits, and a stirring score from Daniel Hart, this beautifully shot film evokes that classic era of 70s Hollywood filmmaking, to which Redford was so integral. He was also integral to the career of David Lowery, who developed his craft and presented his first films at Sundance, the film festival Redford founded. In a beautiful piece of symmetry, Lowery has given Redford a truly wonderful send off. I absolutely loved this film.

Sadly, it is only getting a DVD release in the UK. I honestly despair at whoever makes these decisions. Regardless, the DVD comes with a few decent bonus features. There is an audio commentary with David Lowery, and just under 10-minutes of deleted scenes. There is a very strange deleted scene with Tom Waits’ character in the prison workshop, whilst cats wander around in the background. If like me, you have a fondness for both cats and Tom Waits, then I think you will enjoy this scene.

There is also an in-depth interview with Redford talking to David Lowery about the impact of Sundance. Also on the disc is a behind the scenes look at how they filmed one of the bank robberies. Finally there is a featurette about the real John Hunt, an image gallery, and the theatrical trailer.

Out of Africa Blu-ray review