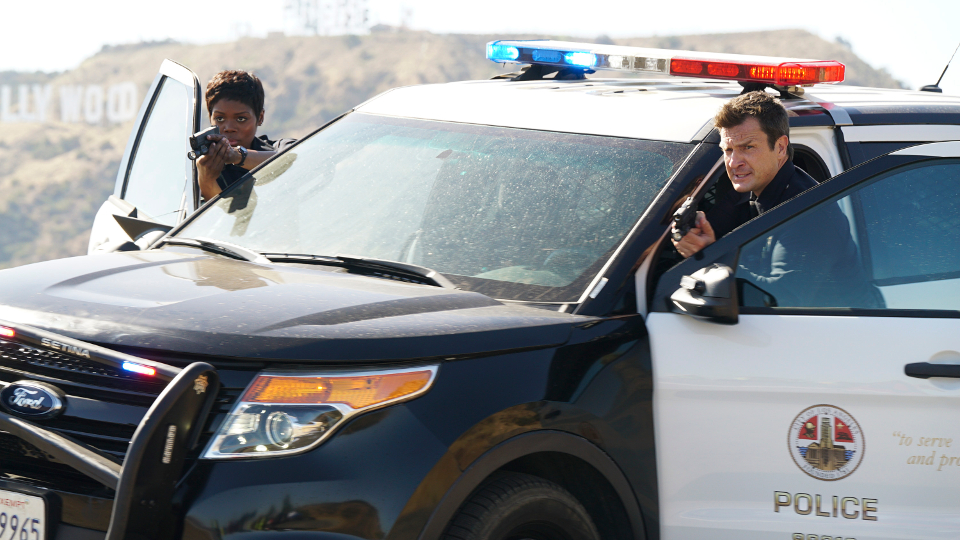 The first episode of The Rookie saw John Nolan (Nathan Fillion) having a difficult first day on the force.

A bank robbery turned out to be a life-changing experience for Nolan. It inspired him to be a cop and months later he found himself joining the LAPD as a rookie.

The first day on the force was a baptism of fire as the training officers threw the rookies in at the deep end. Nolan experienced a domestic violence call which later resulted in the death of the man who was stabbed by his abusive wife.

He also saved a kid from a hot car, and chased down an armed suspect who he shot in the leg. His first day was full of ridicule by his Sergeant Wade Grey (Richard T. Jones) who though Nolan was just having a mid-life crisis. He later wanted to throw him off the force for accidentally putting Bishop in danger.

Elsewhere in the episode, it was revealed that Nolan and Chen were secretly dating. Bishop found out and advised Chen to break it off.

At the end of the episode, Captain Zoe Anderson (Mercedes Mason) stood up for Nolan. He and Grey later spoke and he promised he wasn’t leaving as he’d earned his place. Grey doesn’t look like he plans on making it any easier for him and Nolan is going to have to prove himself.

Watch the promo for The Rookie 1×02 Crash Course:

In the second episode, Talia forces Nolan to confront his personal moral instincts in order to be a good cop after he encounters a kidnapping victim. Meanwhile, Lucy is temporarily placed with a new training officer who tests her patience, and Jackson must confront his failures head-on if he wants to be an officer.

Preview The Rookie 1×02 Crash Course with our gallery: