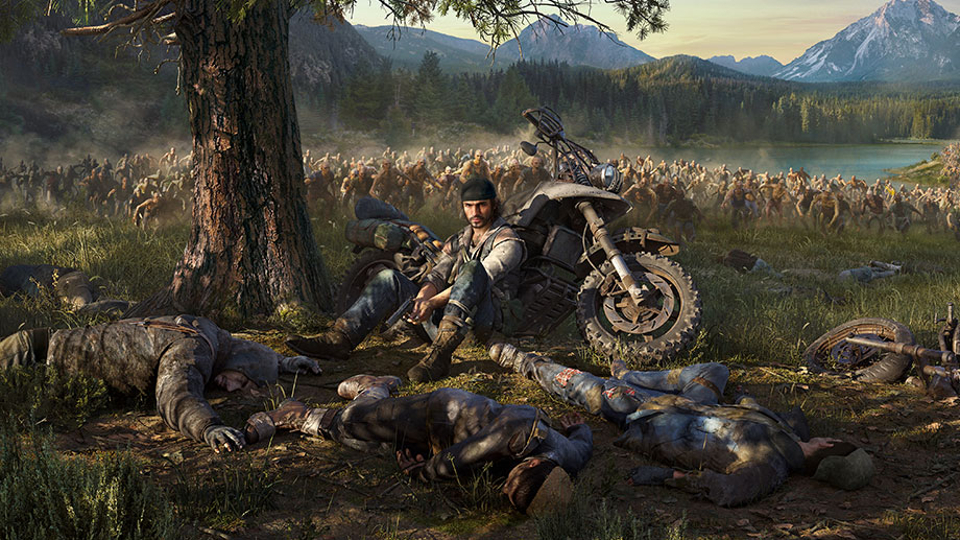 There were so many new game releases to choose from in March that we highlighted 15 games instead of our normal 10. My top picks for March were Generation Zero, Sekiro: Shadows Die Twice and Tom Clancy’s The Division 2.

April looks to be lighter on the big releases which should let our bank balances recover a little. There’s still plenty coming out across each of the platforms so there should be something for everyone.

Of all of the April releases, I’m most looking forward to Days Gone on PS4. I’m also keen to check out Mortal Kombat 11 and World War Z.

The remastered first game in the Darksiders series finally comes to Nintendo Switch. Deceived by the forces of evil into prematurely bringing about the end of the world, War – the first Horseman of the Apocalypse – stands accused of breaking the sacred law by inciting a war between Heaven and Hell. In the slaughter that ensued, the demonic forces defeated the heavenly hosts and laid claim to the Earth.

Become the immortal and tormented knight Sir Lancelot Du Lac, sorceress Morgana Le Fey, cursed to live as an elegant Saluki hound and Whitechapel local, Mary Kelly and live through a dark and gripping tale told through each character’s eyes. Join forces to explore the capital’s underbelly, hunt down Jack the Ripper and uncover the shocking truth behind the killer’s bloody rampage. Read our Dance of Death: Du Lac & Fey preview.

The classic courtroom adventure series. Become Phoenix Wright and experience the thrill of battle as you fight to save your innocent clients in a court of law. Play all 14 episodes, spanning the first three games, solve the intriguing mysteries behind each case and witness the final truth for yourself!

Vaporum is a grid-based, single-player dungeon crawler game, that uses a first-person perspective in an original steampunk setting. The game is inspired by old-school games like Dungeon Master I and II, the Eye of the Beholder series and the more recent Legend of Grimrock I and II. Stranded in the middle of an ocean, in front of a gigantic tower, the hero must find out what the place is, what happened there, and most importantly, who he is.

World War Z unleashes hundreds of fast-moving, bloodthirsty zombies at a time on players in a nail-biting action experience around the world, including New York, Moscow, Jerusalem and more. Play in co-op with up to 3 friends using six distinct classes and an arsenal of deadly weapons, explosives, turrets and traps to demolish the undead menace and survive another day.

When an Angel and a Demon team up to kill their way into Heaven and stop the Apocalypse bullets are sure to fly and blood will be spilled. Play solo or in co-op, make split-second decisions, dodge bullets, and use weapons and special abilities to dispatch violence in the most brutal way possible!

Enter the high-fantasy setting of Gransys, a land where dragons, chimeras, and other fabled monsters roam. Choose between three different starter vocations, which you can further develop for a total of nine unique vocations. Use a dynamic combat system to wield devastating skills and magicks to tackle deadly foes. Embark on your epic adventure with three AI companions, known as Pawns.

Dauntless is a free-to-play combat-heavy action RPG where players take on the role of Slayers, brave warriors fighting for humanity’s survival. You team up with friends to take on Behemoths, giant beasts threatening humanity’s survival in the Shattered Isles.

Step into the shoes of former outlaw biker Deacon St. John, a bounty hunter trying to find a reason to live in a land surrounded by death. Scavenge through abandoned settlements for equipment to craft valuable items and weapons, or take your chances with other survivors trying to eke out a living through fair trade… or more violent means. With humanity devastated by a global pandemic and ravaged by feral creatures known as Freakers, any mistake could be your last in your attempt to carve out a new life in the hostile Pacific Northwest high-desert.

EF Games will bring you our top gaming picks for May 2019 at the end of April. In the meantime, let us know what you’re playing and looking forward to via our Twitter and Facebook pages. Remember to give us a Follow or a Like while you’re there!