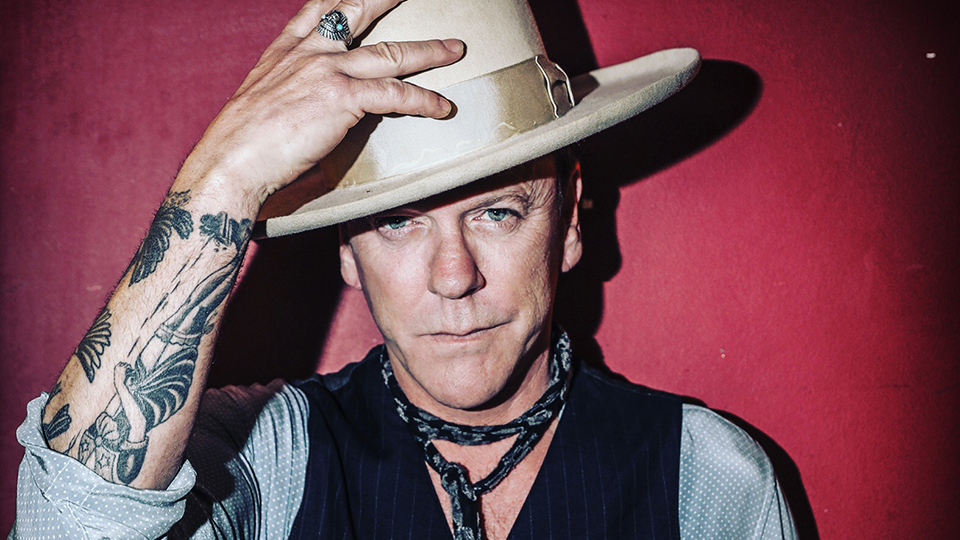 Kiefer Sutherland will release his second album Reckless & Me on 26th April via BMG.

The follow-up to Sutherland’s 2016 debut Down in a Hole, Reckless & Me was written primarily by Sutherland with select contributions from his producer and long-term friend Jude Cole. The album emerged while Sutherland was touring in support of his debut album and it was recorded in two sets of sessions at Capitol Studios in Los Angeles.

The album has Country music at its heart and takes in influences from Americana, folk, rock, blues and a whole lot more.

“As an actor I know that making a connection with an audience always comes by virtue of the story or the character,” Sutherland explains.“This is very different. They’re personal stories from my life. As lucky as I am, there are things you can’t avoid: friends of yours are going to die, you’re going to be let down, your heart will be broken. Hopefully they help both me and the audience to realise that none of us are alone in trying to get these things in life. And there’s something comforting about that. At least to me.”

Reckless & Me will be released on CD, vinyl and digital formats. Next month, Sutherland will play three stripped-back acoustic shows in the UK.

The Reckless & Me track listing is: