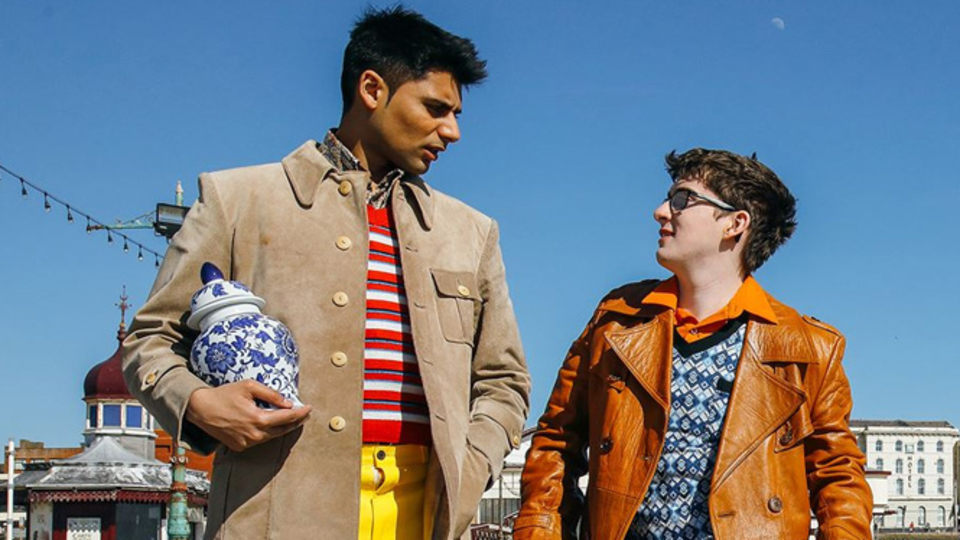 This well-intentioned British comedy-drama has a lot going for it, with a cast of fresh new talent and seasoned career-actors handing in solid performances and who all strive to make this a fun and engaging watch.

Two young half-brothers face an uncertain future after their Grandmother passes away. Omar (Antonio Aakeel – City of Tiny Lights) is made to feel unwelcome in his new placement and with the help of his brother Pete (Trollied’s Jack Carroll), begins an epic journey to locate his birth father.

Aakeel and Carroll have great chemistry, and are the heart and soul of the film. Their dynamic is well-played as half-brothers who always have each other’s backs. I would have liked to have seen more of them onscreen together actually. The film’s more poignant moments are when they reminisce about their childhood and they come to terms with their grandmother’s passing and that emotional connection is what interested me most about this story.

From the supporting cast, Sarah Hoare is brilliant as a local girl who helps the guys out of a tough situation (with hilarious consequences), and really should have been used far more in the film. Her friendship with Omar is one of the standout highlights of the story and should have been developed more. Sarah Hoare is certainly a talent to keep an eye out for in the future.

Johnny Vegas pops up as a creepy but funny innkeeper and frequently steal his scenes. It’s a shame we didn’t get to see more of his character too. Vicki Pepperdine and Kevin Eldon are very good as Pete’s extended family. A couple that clearly don’t want Omar to be in their house, they conjure up some of the films funnier and cringe-worthy moments. Stephanie Fayerman hands in a heartfelt role as the boy’s Gran.

The selling point though is Asim Chaudhry (aka Chabuddy G from People Just Do Nothing). He plays Irfan and brings his trademark style of comedy to the table in every scene. Chaudhry essentially plays the same character he always does but it’s always entertaining, and his exchanges with Aakeel in particular raise a chuckle. It’s a shame the film moves away from their dynamic because the heart of the film should have been these two characters interacting far more than they do.

Eastenders legend Nitin Ganatra does well as Irfan’s disapproving brother Malik and his introduction scene is well played, as the boys turn up to his house and lay the bombshell down on him that they think he’s Omar’s father. The family confusion that follows is great. Darshan Jariwala has a small role as one of the heads of the family, and is always watchable too.

Natalie Davies plays Parveen, a frustrated young woman who takes a shine to Pete. Again, more of their relationship could have been made but instead the finale goes for a more slapstick, grand finale. It’s a shame because the character development that was created at the start seems to be lost in the confusion and for me, didn’t make the finale as emotionally engaging as it could have been. The brother’s journey starts off well, but after they meet Omar’s extended family it decides to shift tone and I’m not sure that was the way to go.

The finale does lose its way a bit, but there’s enough here to deliver an entertaining ride all the same that will conjure up some genuine chuckles. And it’s shot beautifully too, which made for a very pleasant and welcome surprise. Director Jason Wingard knows how to frame a shot and some scenes, especially on the beachfront, are gorgeous to watch. And the film is worth the admission price alone for Tom Binns cameo as a hilarious pier-side fortune teller. If you are looking for a break from the Hollywood blockbuster, Eaten By Lions dutifully obliges.