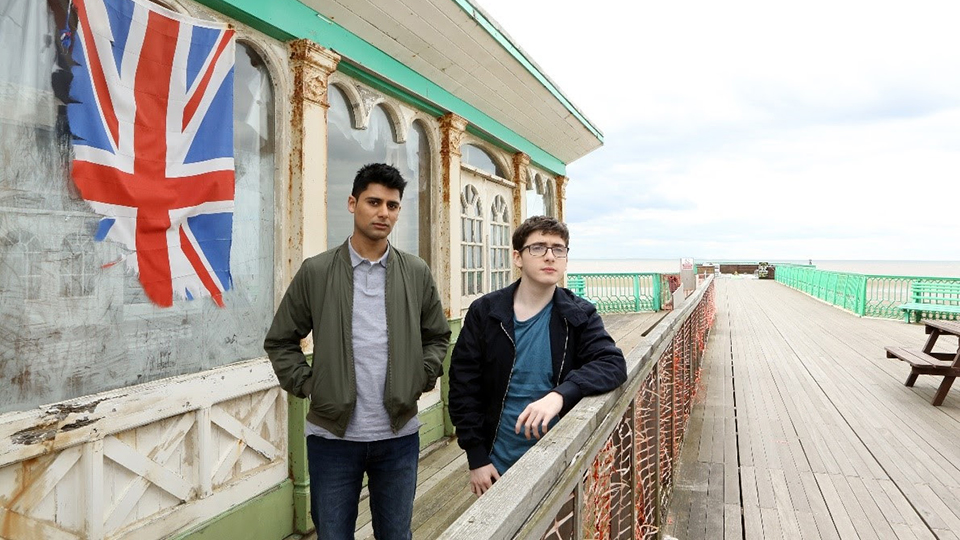 Eaten By Lions will be released in UK cinemas on 29th March 2019 it has been announced.

The film tells the heart-warming story of half-brothers Omar (Antonio Aakeel) and Pete (Jack Carroll), who were raised by their Grandma after their parents were tragically killed by lions in a bizarre accident. When their beloved Gran passes away, they embark on a life-changing journey to find Omar’s birth father. What follows is a funny and touching journey of self-discovery for both boys…in Blackpool. The Choudray family represent a truly contemporary example of modern multicultural Britain, but what will the brothers make of their eccentric newfound family?

Director Jason Wingard said: “The story is essentially about the importance of family. I wanted the viewer to forget about incidentals such as race or disability and focus on the characters. It’s an attitude we applied to everyone in the film really. The story deals with big contemporary issues (class, diversity, disability, inter-racial relations, foster and adoption, sexuality, love, life and death) in a sharp and often irreverent way. A comedy with heart without skimping on laughs.”

The film premiered at the Edinburgh International Film Festival 2018 and it was showcased at the Bagri Foundation London Indian Film Festival, where it won the Lebara Play Audience Choice Award for Best Film.

It was written by David Isaac (Coronation Street, Not Going Out, Life of Riley) and produced by the Award-winning Hannah Stevenson (In Another Life).

Eaten By Lions will also be released On Demand & DVD by Lightbulb Film Distribution later this year.

Advertisement. Scroll to continue reading.
In this article:Eaten By Lions