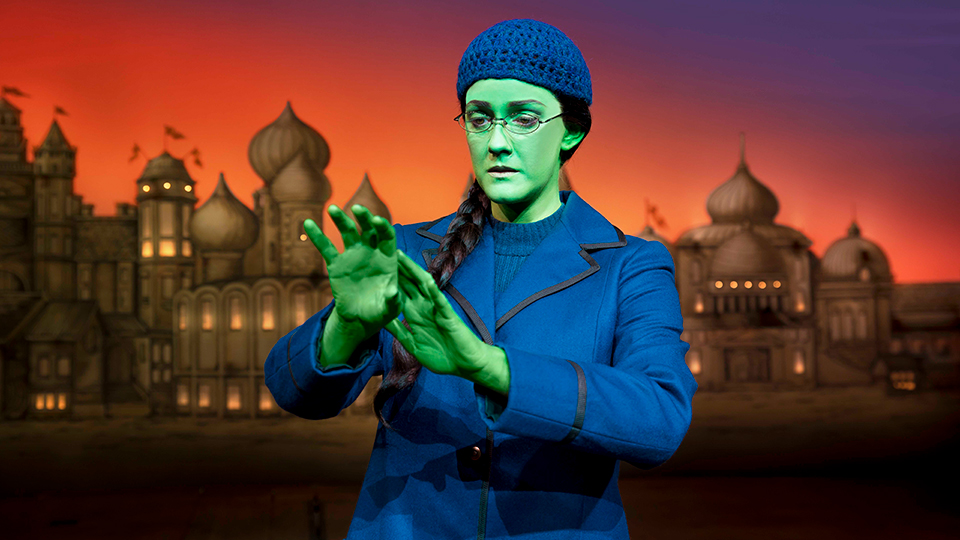 How do you review a theatre show that has been seen by 60million people? After opening on Broadway in 2003 and moving to London three years later, Wicked is the 9th longest running musical in West End history – and for very good reason.

Musicals are like Marmite, you either like them or you don’t. Or so they say. If, like me, you were once fairly indifferent to musicals, I dare you to see Wicked. I bet it will change your mind. With over 100 major international awards under its pointed hat, it’s sure to be a magical experience for everyone.

Based on novelist Gregory Maguire’s re-imagining of the classic Oz-ian characters created by L. Frank Baum in 1900, Wicked is set before, simultaneously and after family-favourite, The Wizard of Oz. Yet, it tells the other side of the story – a darker, more magical tale that is still very much-needed today.

The play starts with the death of Elphaba (Alice Fearn) the green Wicked Witch of the West. Ordinary folk are celebrating the loss of their greatest, most evil enemy – all except one. Glinda the Good (Sophie Evans) gracefully appears from a glittering bubble on the intricate, mesmerising set laden with metalwork, twinkling lights and a red-eyed dragon. You can feel the entire audience hold their breath as Evans and her Munchkin admirers break into first song, No One Mourns the Wicked. The croons from stage are down to musical genius Stephen Schwartz, and without him Wicked simply wouldn’t have the musical reputation it upholds – and very much deserves.

In the show, Glinda takes us back in time to simpler days where she reveals her unlikely friendship with the Wicked Witch when they were sorcery students together at university. At first, Glinda was a bully to Elphaba, focused on her dreams of being the ‘it’ girl, centre of attention and the most popular, beautiful girl in the school who gets the hottest boy. Meanwhile, Elphaba is hated by those around her, including her family, but she seeks solace in her kindly goat teacher, Doctor Dillamond (Chris Jarman).

However, the girls meet a crossroads in their lives where they have to choose between the seducing nature of power, or the greater good and they soon go their separate ways. However, who chooses which way is not what you’d expect…

Elphaba’s character and reputation becomes stained, scorched and ruined. She spends her life on the run simply for standing up for what she believes in and her choices determine her grisly fate. It’s Fearn that steals the show from the offset, with her floating performance of musical number ‘Defying Gravity’. She perches atop a larger than life cape, sparkling to match her acting prowess.

Elphaba and Glinda are both such relatable characters, even now decades later. Elphaba just wants to prove her worth to those who don’t believe she can achieve, and Glinda discovers that sometimes that not all that glitters, is gold.

Director Joe Mantello  puts on an extraordinary show that proves that even after 16 years, Wicked is a musical phenomenon not to be missed by adults and children alike. In fact, you’ll wish you were you younger to enjoy performance even more.