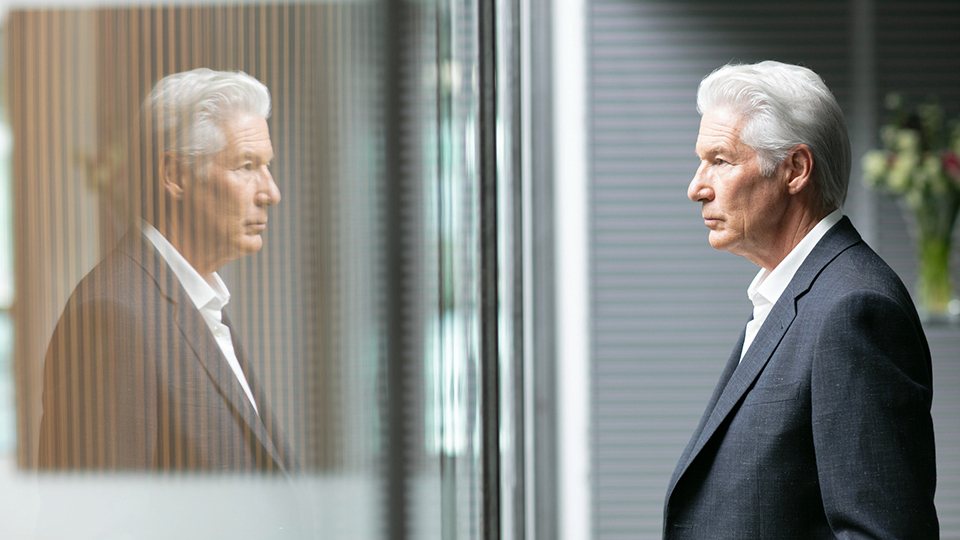 Kathryn (Helen McCrory) and Max’s (Richard Gere) marriage was explored in the latest episode of MotherFatherSon.

If you don’t want any spoilers for MotherFatherSon, stop reading this article right now.

With Caden (Billy Howle) fighting for his life following surgery, we got a glimpse of Kathryn and Max’s marriage through a series of flashbacks. We saw their bitter divorce proceedings where Max forced Kathryn out of Caden’s life and we witnessed their marriage crumble as Kathryn struggled to be nothing more than Max’s wife who supported him publicly and at parties.

In the present day, Caden regained consciousness but he was paralysed down one side of his body and unable to speak properly. The trauma he had been through left him changed and by the episode’s end he told Kathryn he wanted to die and pulled out his IV and the stitches on his scalp, causing blood to pour out.

Meanwhile Nick (Paul Ready) and Maggie (Sinéad Cusack) found out that Max knew about their investigation into him, Kathryn slept with Scott (Joseph Mawle), and Max warned the Prime Minister (Danny Sapani) that Angela (Sarah Lancashire) was a threat to him.

If you need to catch-up, read our full episode 2 recap.

Caden (Billy Howle) has been moved into a cutting-edge military rehabilitation facility. Kathryn (Helen McCrory) dedicates herself full time to her son’s rehabilitation, making up for the years she missed when Caden was a child.

Meanwhile, Max’s (Richard Gere) enemies are beginning to circle, sensing that his British media empire may be weakening.

MotherFatherSon continues at 9pm Wednesday on BBC Two. Preview it with our gallery below: