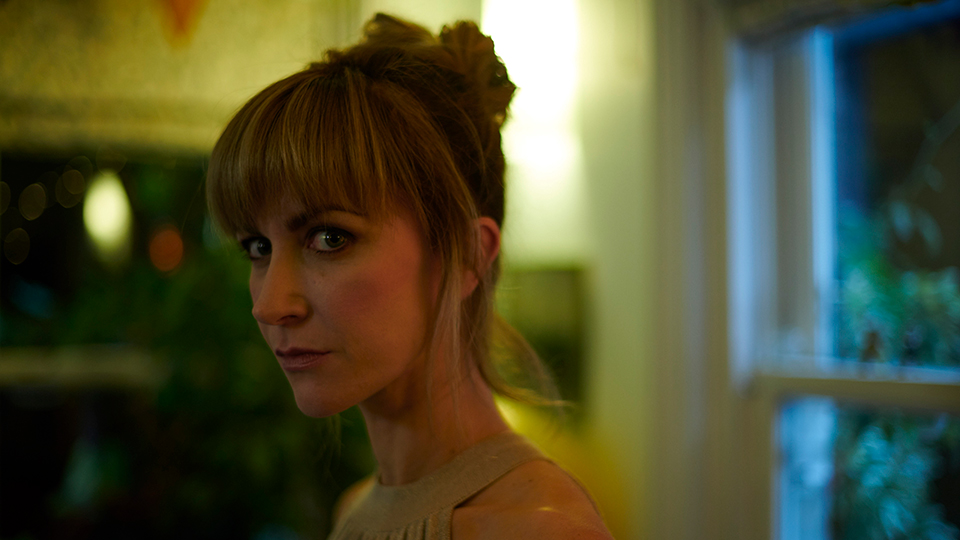 The revelations came thick and fast in the penultimate episode of Cheat, which aired on ITV tonight.

If you need to catch up you can read our episode 1 and episode 2 recaps.

If you don’t way any spoilers for Cheat, stop reading this article right now.

Rose’s (Molly Windsor) motivations were exposed over the course of tonight’s episode and the twists left our jaws on the floor several times. The episode opened with Leah (Katherine Kelly) walking out of Rose’s review after receiving the sext that Adam (Tom Goodman-Hill) had sent. Furious that Rose had manipulated Adam, and also angry that Adam had been so stupid, Leah left even though she was told there would be no other chance to do the review again.

As Leah spiralled and hid out at her parents to talk things through, Rose headed straight to Adam to tell him that Leah had walked out of the review meeting. She flirted with him a little and asked him to delete the sext she’d sent him and he asked her to do the same.

Adam turned up at Leah’s parents after she refused to pick up the phone to him. She was busy helping her parents prepare their anniversary party but agreed to see Adam after her father Michael (Peter Firth) gave him a mouthful about sexting Rose. Adam tried to talk Leah around and she revealed that she was pregnant.

Michael meanwhile headed to the university to see Rose. Turns out he knows exactly who she is and something had happened between the two before. What that was, wasn’t made immediately clear so it left us to speculate for a little while but Michael begged her to stop messing with Leah as revenge for his ‘mistake’.

Adam attempted to smooth things over with Leah but she was having none of it. Instead she sniped at him about how he fell for Rose because she flattered him and that he didn’t feel she did enough to make him feel good. Adam pleaded with Leah telling her that the baby changed everything but Leah signalled that their relationship was over.

Following Michael’s visit, Rose’s father William (Adrian Edmondson) picked her up to visit her dying stepmother. In a tense scene Rose refused to show any compassion for her stepmother and an argument ensued with William. It was revealed that following Rose’s mother’s suicide, William grew closer to his wife’s sister and two ended up together.

The next day Leah had her appraisal and was told that any talk of her getting a permanent position had been put on hold because of the situation with Rose. She also shared a little moment with her boss Stephan (Parker Sawyers) and it was suggested her lust for him wasn’t one sided!

Michael received a call from Rose where she pressured him to come clean to the family about his secret. He told her he couldn’t do it just yet but assured her he would. When his wife Angela (Lorraine Ashbourne) asked him what the call was about, he lied to her.

Adam and Leah came face-to-face again and he promised her he would never have slept with Rose. Leah was too upset about his betrayal to listen and when he presented her with a present, she realised how desperate he was. Adam revealed he’d landed the grant he’d been after but turned it down to be there for Leah and their child, and she told him he’d made a mistake by doing so.

Leah returned to her parents and discussed the situation with her mother. Angela told Leah she needed to decide if she wanted to work through the underlying problems with Adam or give up on them.

Rose implemented the next part of her plan. She contacted Adam, who was drinking in the pub, and told him to urgently visit her at the university. When he arrived Rose’s mobile phone fell at his feet and he looked up to see her on the roof. Rushing up there, Rose messed with him by holding onto him as she leaned over the side of the roof.

After goading him for a while, Rose suggested they go to her room and sleep together, which Adam did (what an idiot!). After they’d had sex, Rose stole Adam’s phone and keys and started texting Leah asking her to meet at the house. Leah was at her parents’ party but thinking that it was Adam that needed her, she rushed over to the house.

When she arrived, Leah couldn’t find Adam anywhere so she called his phone, which she found outside the door. We saw that Rose was in the house but Leah didn’t know she was there. Adam arrived and explained that Rose had stolen his phone but lied to Leah about how exactly that transpired. He gave her the photo that was missing from Michael’s study, saying it had been left in his pocket. Adam told Leah to go back to her parents and said he’d keep an eye out for Rose.

Leah confronted Michael and he tried to lie his way out of the situation. Eventually he admitted he’d had an affair many years ago with his assistant and that Rose was his secret daughter. Angela and Leah were shocked, and Leah realised that Michael’s treatment of Rose had led to the vendetta she was mounting against the family.

Rose meanwhile made herself known to Adam in the house and the two had an ugly confrontation after she came clean about being Leah’s sister. Adam pleaded with her not go after Leah anymore and she said she’d tell her they’d slept together if she was asked.

When she started pushing his buttons and making fun of their sexual liaison, Adam put his hands around Rose’s throat and began to strangle her after telling her that she meant nothing to Leah.

The episode ended with flashes of Adam’s murder as Leah was questioned by the police about her whereabouts on the night that he was killed. Leah became frustrated and asked why she was being questioned when they knew who had killed him… Rose.