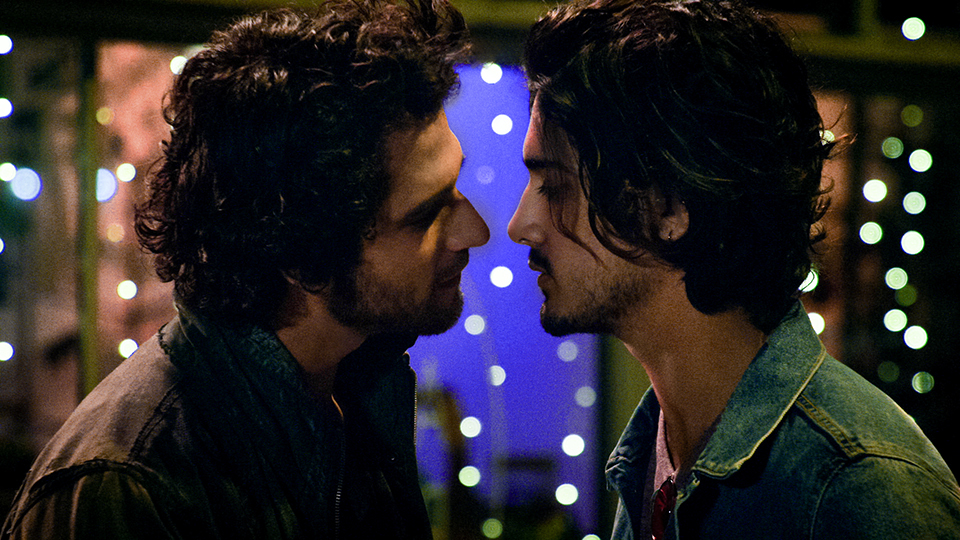 Gregg Araki’s (Splendor, Kaboom) new series Now Apocalypse has just kicked off its 10-episode first season run on STARZPLAY. The first three episodes of the series were screened earlier this year at Sundance and it’s fair to say the reception was very mixed.

If you don’t want any spoilers for Now Apocalypse, please stop reading this article now.

Now Apocalypse starts by introducing you to Ulysses (Avan Jogia), a young bisexual man who has moved to Los Angeles with his best friend, and long-time crush, Ford (Beau Mirchoff). Plagued by nightmarish dreams of a homeless man being raped by a giant lizard – yes you did read that right – Ulysses has a foreboding feeling that the end of the world might be a lot closer than we think.

Our first proper introduction to the character comes as he’s having sex with a married man. The two are interrupted when the man’s husband comes home, leading Ulysses to gather his things, jump out of a window, and discard a condom in some bushes. Frustrated at being messed around by his would-be hook-up Gabriel (Tyler Posey), Ulysses attempts to persevere to meet the mysterious object of his affections in the flesh.

His friend Carly (Kelli Berglund), who works as a sex cam girl while auditioning for acting roles, thinks he’s being messed about but Ulysses is having none of it. Before his date with Gabriel, Ulysses encounters a homeless man who is muttering crazily about being endlessly raped and by the episode’s end you realise that’s the man Ulysses has seen with a lizard behind a dumpster in his dreams.

After waiting for 45 minutes Ulysses is about to give up on Gabriel, only for him to arrive full of apologies. The date goes well and the two are about to kiss on the street when a car drives past containing men who shout homophobic abuse. Gabriel reveals that he’s purposely booked a band practice following their date so he can’t get carried away and sleep with Ulysses. That doesn’t stop the two going into an alley and giving each other hand jobs. As they climax, the sky turns purple and the two feel a powerful connection, promising to see each other again the next day.

As Ulysses cycles home, he falls off his bike. When he wakes he’s taken into the scenario he’s been dreaming about and he happens upon the homeless man being raped by a lizard.

Outside of Ulysses’ storyline, we do get to know some of the other characters. Ford is a hunky but dim wannabe screenwriter who is unaware that his looks are what gets him attention. He’s established as having no shame (Ulysses walks in on him having sex and he’s completely unfazed) and when he’s hit on by a producer in a coffee shop, he genuinely thinks his big break is just waiting around the corner. Ford is also rich thanks to his loaded parents and his astrobiological theorist girlfriend Severine (Roxane Mesquida) suggests that they have an open relationship.

There’s a lot going on in the first episode of Now Apocalypse and by the end of the first episode, I wouldn’t be surprised if you’re a little bamboozled. If you’re familiar with Araki’s work, then you’ll quickly adjust to the tone of the show but if you’re not, you may need to stick with it a bit before deciding if it’s for you or not.