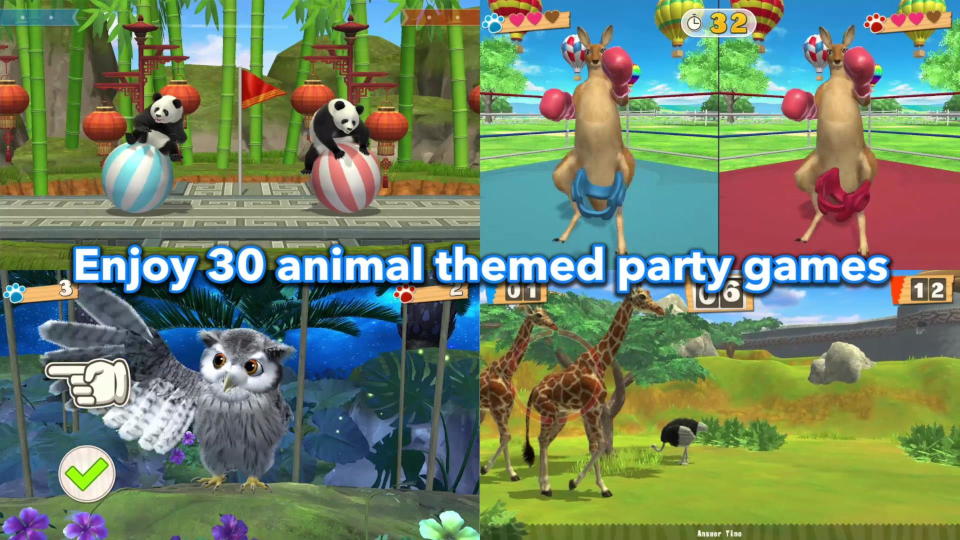 Fun! Fun! Animal Park is a new animal themed party game from Aksys Games. It’s due for release on 23rd March 2019 and will be available on Nintendo Switch.

Fun! Fun! Animal Park is a game for all the family and includes 30 minigames which feature intuitive Joy-Con controls and easily understandable rules. Players of all ages and abilities will be able to join in the fun.

You can check out the release trailer below: