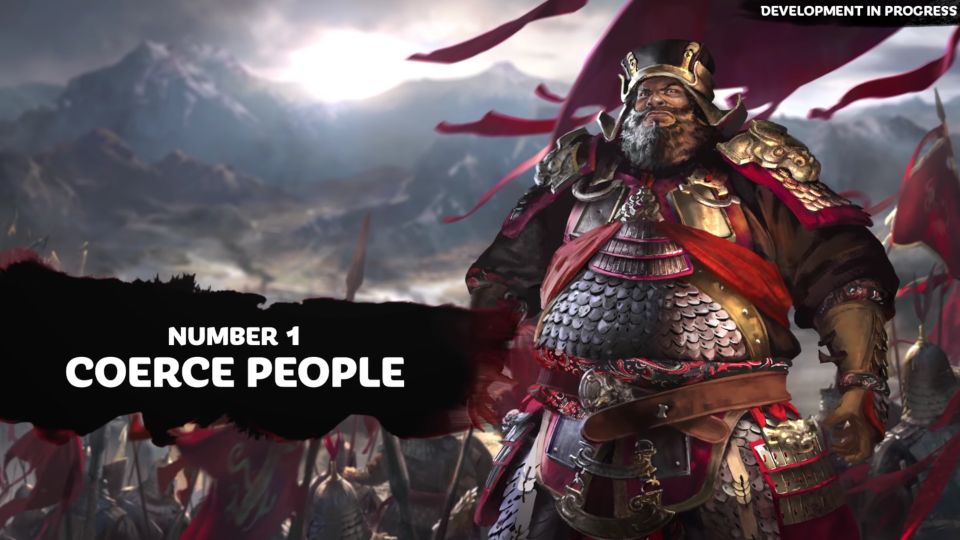 Creative Assembly have just released a trailer showing the ultimate baddie Dong Zhuo in action on the battlefield in Total War: Three Kingdoms. To say that Dong Zhuo is a bit unpleasant is a big understatement.

Dong Zhuo uses fear and intimidation to keep the peasants in check and is ruthless when they don’t heel to attention. Due to his ruthlessness, Dong Zhuo has some traits and abilities that are unique to him.

You can check out his trailer below:

He can spend intimidation points, which are gained by being a general nasty bas*%rd, and use them to force through deals using his coerce ability. Dong Zhuo can also choose to raze captured settlements as well as executing any member of his ruling council for any reason that pleases him.

So if you have a penchant for playing as the bad guy in games Total War: Three Kindoms’ Dong Zhuo has you covered.