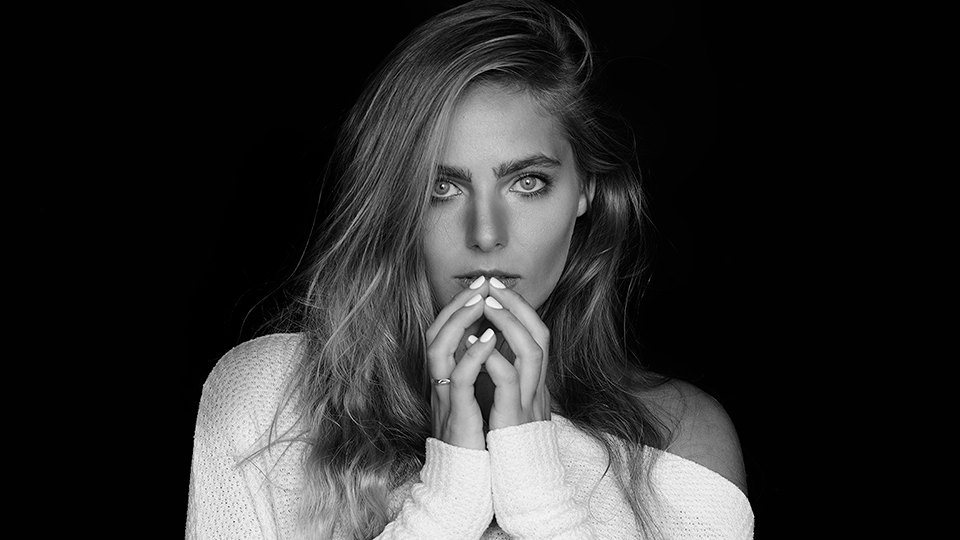 Lauren Jenkins has been around music most of her life and she’s releasing her debut album No Saint on 15th March through Big Machine.

This week she’ll make her first trip to the UK to perform as part of C2C: Country to Country. Alongside her album release, Jenkins has also been working on a film to accompany it showcasing all of her artistic talents.

I caught up with Lauren recently to talk about the concept of No Saint, find out more about the film, and to discuss how she’s feeling about C2C.

Your debut album No Saint is out this month. Where did the concept for the record come from?

It’s a little bit of a combination of my journey in Nashville from the very beginning and where I’m at now. I came to Nashville about four years ago from New York and the last few tracks on this record are some of the first songs from when I first moved to Nashville. The other six are my reflective of my chapter now. They are songs I’ve written more recently and they show how I’ve grown as an artist and changed as a human. For this debut I thought it should be a combination of the beginning and a look at where I’m at now.

You showcase a real range across the record and there are so many different styles and influences in the mix. Your voice has a real grit to it and experience. What would you say influenced that?

I think we’re influenced by everything; what we listen to and what we grew up listening to and our experiences. As a singer and an artist I never really knew that you could make a career in singing. For me music was just a way of expression and something that I’ve always loved to do. I don’t think I really ever tried to sound like somebody else, if that makes sense. I do think since I’ve been playing more shows and recording more, and actually singing for other people my voice has grown stronger. I think that’s just from me trusting where I’m at and being OK with the way I sound and not trying to sound like anybody else.

It’s interesting that you say that you didn’t realise you could make a career out of music at one point. You’ve been involved in music since you were a teenager so when did you get the first inkling that this could possibly be a career for you?

Oh gosh! Today (laughs). I started writing songs, really terrible songs probably, when I was about 10 as a way of expressing and telling stories. I got a guitar when I was 15 and that unlocked the road for me to be able and sing. I thought, ‘OK I can play in this coffee shop or this airport and make tip money and that’s helpful because then I can buy gas and some people are listening to me – that’s cool!’ I didn’t really understand how people got record deals and I wasn’t even necessarily trying to get a record deal. I just wanted to write songs, perform, make music videos and be a storyteller. Nobody in my family is musical so I didn’t have anybody to help me or say ,’oh this is how you can go down a path of being an artist and a musician’. When I had a meeting with Big Machine and other labels in town, I was pretty blown away. I was like, ‘OK sure I’ll go to a meeting!’

Yeah! I have a vinyl coming out in a couple weeks, which is insane (laughs).

Your album will sound really good on vinyl too…

I can’t wait. It was so fun getting to design all of the artwork for it.

You’ve made a film to accompany this album. Tell me a little bit more about that and how it came about…

I feel like I’ve always been a storyteller. That’s the one thing that I’ve always loved to do and the only thing I’ve ever wanted to do. After I wrote three of the songs on the record I immediately got a vision for a three-part music video series and a short film, which is a little bit different but I always wondered why Country music doesn’t bring in more visual aspect into music. As soon as I got the idea for this and convinced the label to let me do it, I was able to get some of my friends – some of which I have known since I was 11 – and we went out to New Mexico. We drove from the East Coast to West Coast and shot the short film in Wyoming and New Mexico with a bunch my friends. It was about a year process. I think I got the idea about two years ago so it’s been a long time in the making but I absolutely love the short film. It gives another life to these songs and the story. I don’t know how many hours I put into this probably like thousands of hours (laughs). I can’t wait to share it with everyone.

It sounds like we should be keeping an eye on you in case you do a Lady Gaga A Star is Born in the future. Is acting something you’d explore in the future?

Absolutely. I studied acting at the William Esper Studio in New York before moving to Nashville. I also have quite a bit of experience behind the camera. I’ve done a couple of short films and all that has kind of taken a back seat once I came to Nashville. That’s why this project was so cool for me because I got to combine all my passions – film-making, acting, singing – into one project. ive action they making you’re writing and acting and singing them all into one. I would definitely love to be able to do all of it just as Lady Gaga is.

You’re going to be here in the UK as part of C2C. How do you feel about performing for your UK fans?

I’m so excited! It seems like everyone over there really are dedicated music lovers and they’ll listen to the deep tracks. I know that the friends I made in New York who were from Austria, Germany and London… they turned me on to some of the best unknown music. Then it seems like maybe two or three years later the US would catch on but everybody over there already knew about a new artist, and that’s really exciting as I’m very much a new artist. Yeah I can’t wait to play.

I have my Opry debut in a few weeks, which is pretty exciting and historical. I’ve got some tour dates that I’ll be announcing. Then hopefully I’ll be making a second trip to the UK after this one and working on the next record now this one is done.

I’m pretty sure that I’m going to have actual physical copies when I’m over there. You guys might be the first to get your hands on it.

Lauren Jenkins releases her debut album No Saint on 15th March 2019 through Big Machine. You can pre-order it now. Watch the music video for Running Out of Road below: