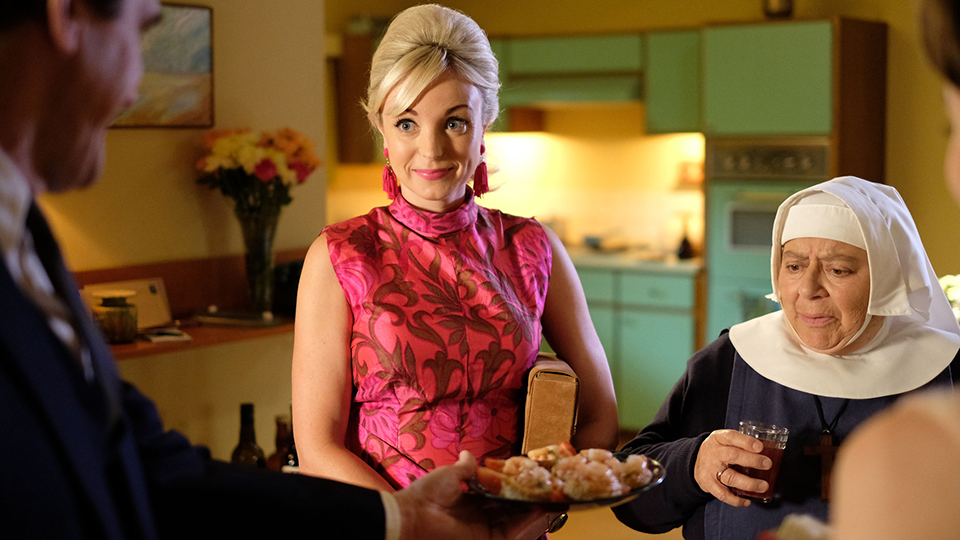 Call the Midwife will be back for series 10 and 11 is has been confirmed.

The popular period drama has just finished its eighth series and series nine is about to go into production. The renewal means that Call the Midwife will now be on air on BBC One until 2022.

Pippa Harris, Executive Producer for Neal Street Productions, says, “We are delighted and humbled by the continued warmth of the audience response to Call the Midwife. It’s a testament to the extraordinary creativity of Heidi Thomas who pours her heart and soul into every episode. We are thrilled that the BBC have put such faith in the show by commissioning two more series and can’t wait to watch our wonderful cast and crew tackling all the social and medical changes which the swinging sixties will bring.”

Heidi Thomas, Creator, Writer and Executive Producer, says, “Even after all these years, it still feels as though Call the Midwife has more truth to tell, more tears to cry, more life to celebrate, and more love to give. We are blessed with the best cast, crew, and audience a show could wish for, and I could not be more excited about our future.”

Charlotte Moore, Director of BBC Content, says, “Everyone at the BBC is delighted we’re welcoming the nurses of Nonnatus House back for another two series and we’re all looking forward to following our cast through the tumultuous years of the late sixties. I’d like to thank the wonderful cast and crew, and particularly Heidi, Pippa and Ann for their continued creative ambition and dedication to such a very special show.”

Call the Midwife is made by Neal Street Productions for BBC One. It has been one of the UK’s most popular dramas since it debuted in 2012.

The series is the most-watched drama series in the UK with series eight averaging 9 million viewers per episode.

Viewers can look forward to the Christmas special this December, which airs ahead of series nine in 2020.

In this article:BBC One, Call The Midwife