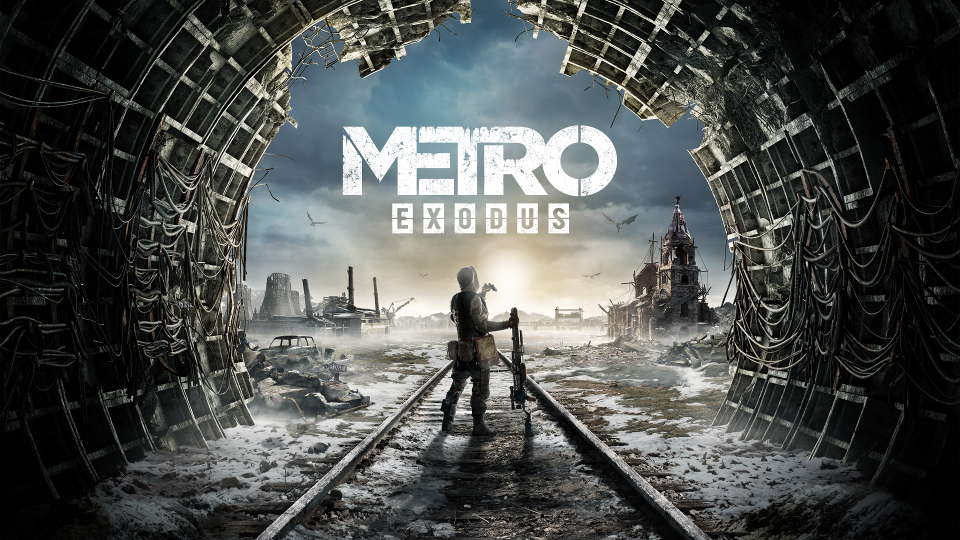 I have to preface this article with a statement. While this was meant to be a full review, I encountered a complete save wipe on PC. This is currently under investigation as to how it happened; be it an error with the game, launcher, driver, patch or even hardware related. That being said, I played between 10-12 hours of the game and here is my experience so far.

For the uninitiated, Metro is a post-apocalyptic shooter set in the underground metro systems of Russia, being the only safe haven from the nuclear wastes above. Whereas the Fallout series derives humour from it’s wasteland, Metro is far more gritty and bleak.

Metro: Exodus takes place after the events of Metro: Last Light (Specifically the Redemption ending) and sees our hero Artyom growing tired of the infighting between the groups of the metro. He knows there is more life out there and believes the areas outside of Moscow are radiation free. He sees a train on his travels, a perfect escape from the poisonous air of Moscow, and makes a break for the station. This is where he find his suspicions to be true, a signal jammer was blocking all contact to the local area. Artyom and his allies board the train in search of answers and safety.

Metro: Last Light closed the chapter on the Dark Ones, a race of powerful entities embodying Artyom in a bid to contact humanity. While this plot was interesting, it could of easily gone too far and hurt the overall narrative of surviving an ongoing nuclear war. Fortunately the writers had sense to cut this plot off and focus on a simpler tale. The best post-apocalypse titles use simple stories to highlight daily struggles rather than complex narratives and Metro: Exodus proves this true. The struggle of getting to these locations on a half broken train is palpable due to a great cast and plot points that make sense. The Aurora is the train you’ll travel on and its ever growing cast become people you really care about. Like Red Dead Redemption 2 this is your crew, your family and it’s excellently written. Characters have depth and form their own relationships as the plot goes on, reflecting on the decisions you make as you play the game. Unlike other games, this doesn’t feel forced and there aren’t any archetypes. They are just people trying to survive, which sums up the entire game.

Gameplay-wise, Metro: Exodus is a first-person shooter with survival horror elements. As a shooter, it’s pretty solid. Guns have reasonable feedback but there are moments of awful hit detection. Since ammo is so scarce it can be annoying to have a sure shot, go through an enemy doing no damage. It’s not a common issue but it pops ups enough to be noticeable. Speaking of ammo, while the previous games used ammo as currency this feature is removed which is a shame since it ramped up the fear of each encounter. Instead the game uses a crafting system, similar to The Last of Us. Artyom carries a backpack he can deploy at any time to craft simple items and ammo types on the fly and swap out a multitude of weapon parts, though crafting higher level upgrades and ammo will require a workbench. This keeps the game feeling fresh as you are going to have to use a lot of tools and weapons and running back to a workbench before every encounter would get dull quickly. Of course being a game set in a world ravaged by nuclear war, radiation is still an issue. Like the previous titles, your gas mask is a vital tool and it needs to be kept in working order and with a full filter. That’s the limit of the survival elements though, there is no need to forage for food or drink but there’s still plenty of things to worry about in the Russian wasteland.

These being the many creatures roaming the locations you visit, from zombie like people, to giant amphibious fish and other horrifying surprises. Most of these monsters can take a beating and if you aren’t fully stocked, you’ll find yourself running from these creatures, deciding if it’s worth the risk of getting those sweet upgrades or crafting materials. Humans on the other hand, pose less of a challenge for those who adopt a stealthy approach. They can gun you down quick but if you sneak around, blowing out candles and taking them out one by one, Metro proves to be an excellent stealth title. Humans enemies also react to your presence, surrendering when you gun their friends down and even remarking about your choices in game. This adds an extra layer to the outstanding world building of Metro: Exodus.

As with the previous game, 4A Games use their in house engine and yet again, prove to be pioneers with this very demanding title. On a 1080ti getting a consistent 60FPS at 4K even with PhysX content turned off proved to be a challenge. I opted for a smoother ride at 1440p and Metro: Exodus proves itself to be one of the best looking games out there. What’s immediately striking is the insane attention to detail. Each environment is rammed with assets and animations everywhere that makes this one of the most atmospheric games on the market. The incredible lighting effects, great use of screen space reflections and remarkable weather effects are punctuated by an almost perfect sound library. It’s a technical knockout, as expected. The musical score is faint but short bursts of melancholic strings and piano highlight the sorrow perfectly and the voice cast is excellent. While the English voice cast do a commendable job, the de facto way to play any Metro title is in it’s native tongue, Russian. The Russian language has a very unique flow to it, that is lost a little in English but is perfect in Russian. There are flaws to be sure though, a few issues with lighting pop up and enemies can be seen floating in the sky. These are easily patchable as is the bad hit detection.

View some Metro Exodus screenshots in our gallery:

There were far too many issues with crashes in both gameplay and on boot-up. This appears to be the case on both the Epic and Steam versions of the game. It’s hard to say if this is what caused my save files issues, so make sure to back up your saves,

Overall, even playing only around 60% of the game, Metro: Exodus shines in it’s engrossing story and excellent moment to moment gameplay. It’s a visual knockout and one of the most atmospheric games out there. Its serious tone is punctuated with a little humour and if you are too stealthy, the scripted shoot-outs will vary the pace. The game knows what it needs to do and when to do it.