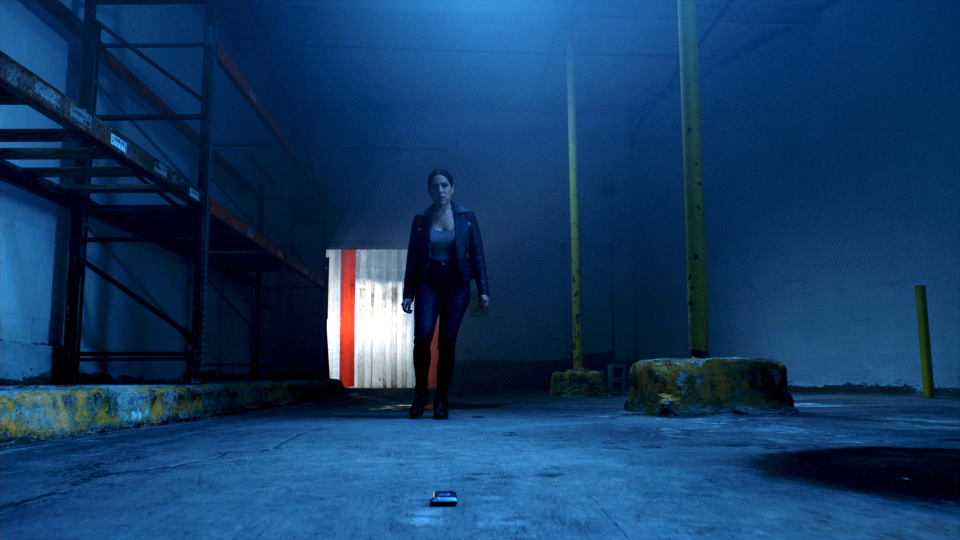 On the latest episode of Blindspot, a famous author named Winston Pear was murdered.

The episode opened up with the Pear getting killed by an intruder, ironically the murder weapon was his own typewriter. He based his books on real-life crimes but created fictional detectives to solve them. Weller (Sullivan Stapleton) and the team came to investigate and a recording led them to the location of his final manuscript – Inked to Death: A Jane Doe Mystery.

The title of the book could just be coincidence but it turned out that it appeared to be based on the FBI team. Stranger still was that the author obviously had plenty of insider knowledge. In the book he had the team tracking a serial killer known as The Ripper.

This is one of those episodes where Blindspot doesn’t take itself serious and instead allows the cast to have some fun. In between the real events we were treated to scenes of the cast playing the characters based on them from the book.

After reading through the book they were able to determine that one of their colleagues named Brianna had been feeding Pear information. They spoke to her about it and she didn’t realise she was doing anything wrong and thought she was helping solve a crime.

Patterson (Ashley Johnson) and Rich (Ennis Esmer) were able to use the information to create a list of suspects which they narrowed down to a single man. However, they also uncovered evidence that he was out of the country during some of the murders. It turned out that the suspect had a step-sister called Iris. She worked as a police officer and also had a twisted hobby of posing dead animals as art.

Rich discovered something odd about the manuscript and needed to get his hands on the typewriter. He took Jane (Jaimie Alexander) along with him. When they arrived, Jane had one of her funny turns and found her sight was going. She told Rich to leave her while he grabbed the typewriter to save a waster trip.

What Rich didn’t know was that the police officer who signed him in was in fact Iris. The team sent a photograph of Iris to Rich and Jane but it was too late. When Rich came back to their vehicle, Jane had been abducted.

Iris took Jane to a ranch and had her tied up. Jane managed to use her health tracker that Patterson gave her to send a message in morse code to point them towards her location. Iris planned to kill Jane but she broke free. It seemed Iris had a big advantage but Jane managed to knock her to the floor and take the lights out. Still blind, the pair fought and Jane killed Iris while suffering a stab wound herself.

Elsewhere in the episode, we caught up with Zapata (Audrey Esparza). Last episode she headed out to her meet with Del Toro, she arrived early but was kidnapped by the CIA. When they finally went to let her out of their car boot, a mysterious man turned up and tasered those holding her.

He said he was hired by Madeline and wanted to take Zapata back due to missing the meet. She convinced him to take her back to the meet on the way to the airport, just in case Del Toro was still around. Inside the designated building she found a mobile phone which promptly rang. Upon answering, Del Toro told her the deal was off because she was later. Zapata took the phone and told the man who saved her that Del Toro was in. When her plane landed she sent a text to Reade to say they needed to talk.

At the end of the episode, Jane was admitted to hospital over her stab wound and blindness. She later had a seizure and Rich and Patterson came to talk to Weller while Jane was resting. They had some bad news, the ZIP poisoning was attacking her brain which meant she may only have days left to live. Weller couldn’t help but break down in tears.

Can’t wait for the next episode? Read our Blindspot 4×12 The Tale of the Book of Secrets preview.