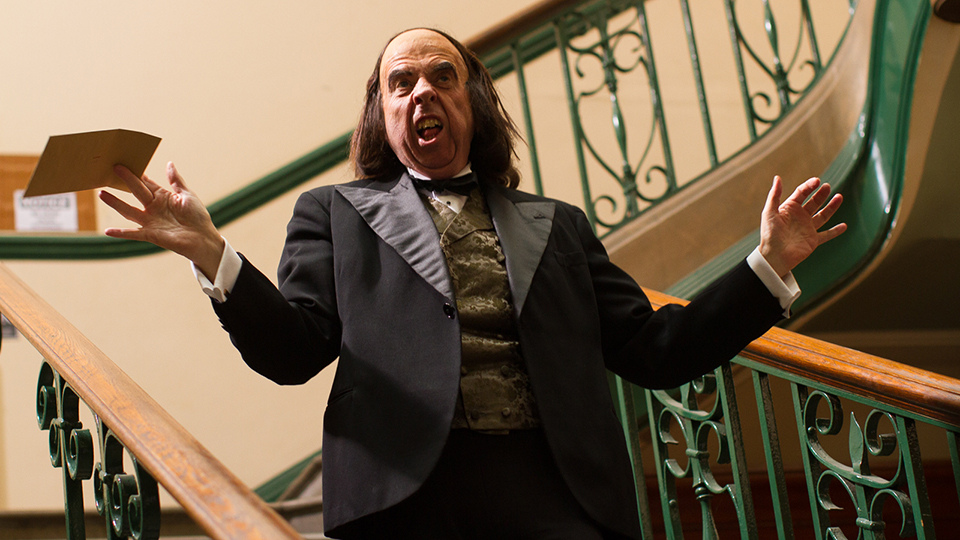 Timothy Spall’s award-winning film Stanley, A Man of Variety will be released on Digital and DVD on 29th March 2019.

Directed by Stephen Cookson (My Angel, Steven Berkoff’s Tell Tale Heart), the film was written by Cookson and Spall. It won 16 awards at festivals worldwide.

In this darkly funny tale, Stanley (Spall) finds himself in prison for a crime he believes he didn’t commit. Now a lonely, forgotten man approaching his fifteenth year in the old psychiatric facility, he maintains his role as a trustee by cleaning the grim prison interior, which earns him the privilege of watching and re-watching classic videos from his prized collection of memorabilia.

When this privilege is withdrawn, Stanley becomes so distressed that he suffers a physical and mental seizure. Soon enough, his beloved heroes – Max Wall, George Formby, Max Miller, Margaret Rutherford, Alastair Sim and more – visit him in hallucinations (all played by Spall) showing their sinister, unsettling side and take him on a bizarre journey through the unbearable truth of his life and incarceration.

Stanley, A Man of Variety is released on DVD and  digital download 29th March from Tribal Films. The film is available to pre-order now.

Advertisement. Scroll to continue reading.
In this article:Stanley A Man of Variety, Timothy Spall