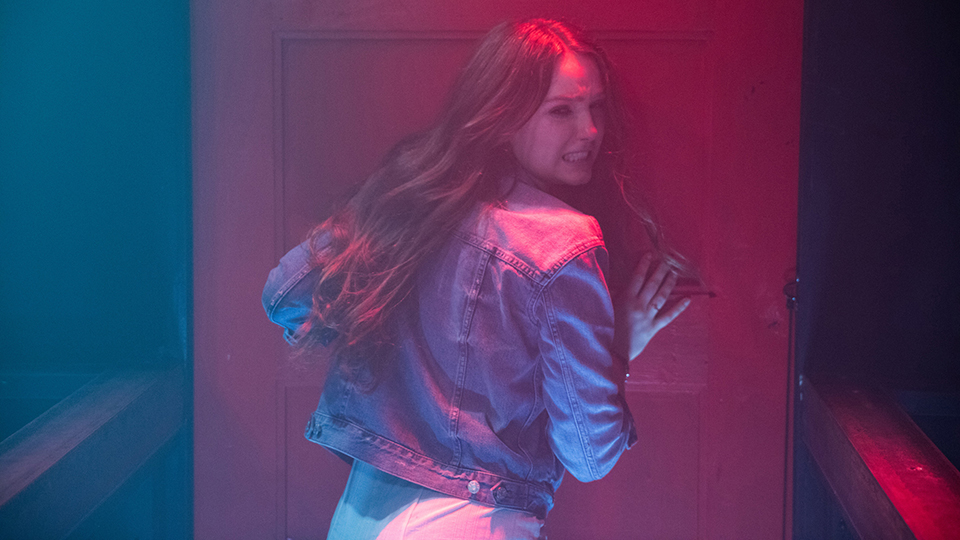 Slasher fans get your calendars ready – Hell Fest is being released on Digital on 8th March 2019 and on DVD on 1st April 2019.

In this terrifying thrill ride, college student Natalie is visiting her childhood best friend Brooke and her roommate Taylor. If it was any other time of year, these three and their boyfriends might be heading to a concert or bar, but it is Halloween, which means that like everyone else they will be bound for Hell Fest – a sprawling labyrinth of rides, games and mazes that travels the country and happens to be in town.

Every year, thousands follow Hell Fest to experience fear at the ghoulish carnival of nightmares. But for one visitor, Hell Fest is not the attraction – it is a hunting ground. An opportunity to slay in plain view of a gawking audience, too caught up in the terrifyingly fun atmosphere to recognise the horrific reality playing out before their eyes.

As the body count and frenzied excitement of the crowds continue to rise, he turns his masked gaze to Natalie, Brooke, Taylor and their boyfriends, who fight to survive the night.

You can pre-order Hell Fest now.

In this article:Hell Fest, Vertigo Releasing