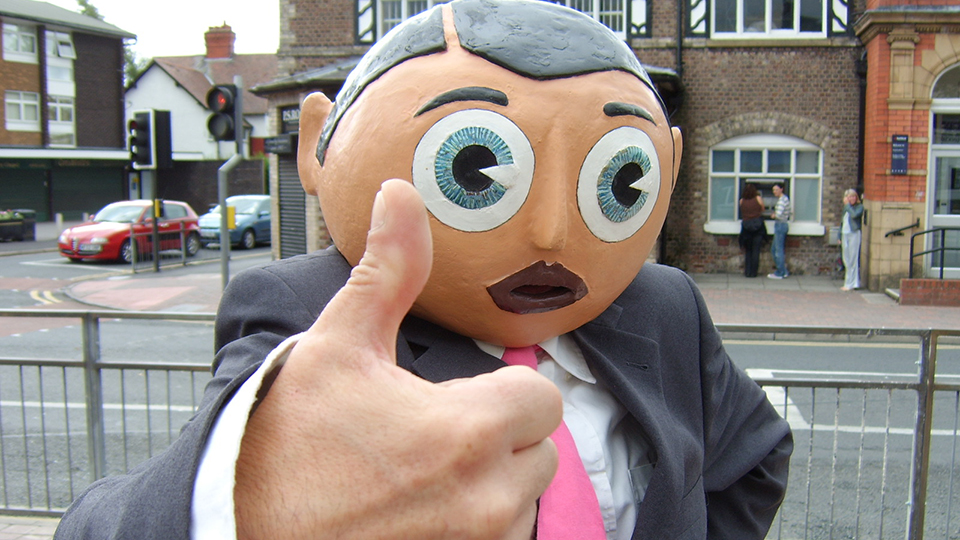 Being Frank: The Chris Sievey Story will be released in the UK and Ireland by Altitude on 29th March 2019.

Steve Sullivan’s BAFTA-nominated documentary is the official documentary about maverick Manchester comedian Frank Sidebottom, and the life and art of his hidden creator Chris Sievey.

Frank Sidebottom, remembered fondly as the man with the papier mache head, was the court jester of the Manchester music and comedy scene for over 25 years but only a privileged few knew the man inside. Being Frank tells a twisted tale of split personalities – a suburban creative superhero with a fanatical desire to preserve the myth he created, and eventually having to battle against being consumed by his alter ego.

Hamish Moseley, Head of Distribution at Altitude said; “Fans of Frank Sidebottom will be thrilled to see Chris for the first time within such a goldmine of previously unseen footage. And those yet to discover the delights of this incredible outsider artist are in for a hilarious and very moving 100mins. This film is magic; you know it is, it really is.”

Sullivan spent over seven years digging through Chris’s personal archive, interviewing friends and family and bringing Being Frank to the big screen. It was recently nominated in the best documentary category at the British Independent Film Awards 2018.

Advertisement. Scroll to continue reading.
In this article:Being Frank: The Chris Sievey Story