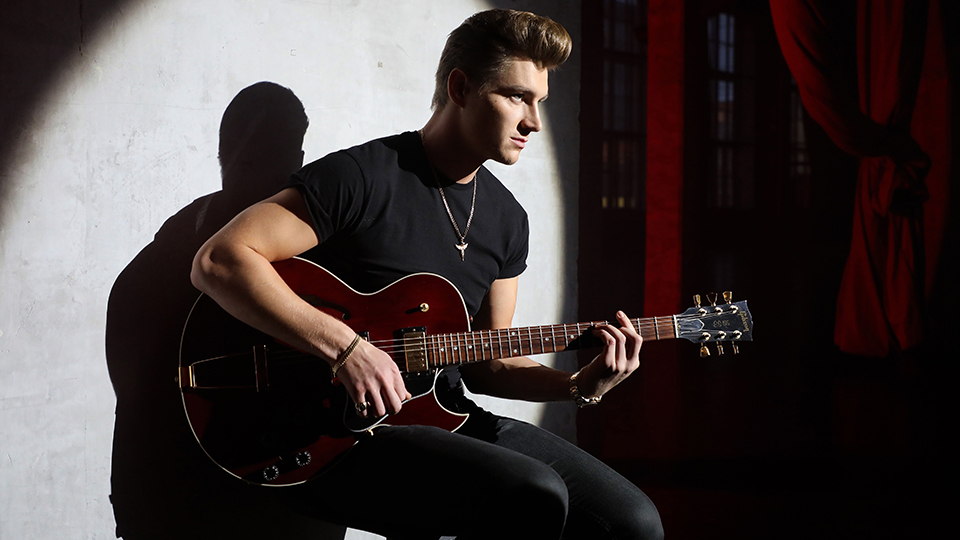 Musician and actor Alex Sparrow, best-known here in the UK for his role in the hit series UnREAL, has just released a video for kids who feel bullied or victimised.

Rising to fame in Russia on The X Factor, Sparrow has experienced bullying in his life and he hopes to help others with his new video and song. He’s only recently completed a tour of America’s West Coast in support of his latest single Hello Angel.

I caught up with Alex to find out more about his anti-bullying video, discuss his forthcoming new music and to talk about what acting roles he has coming up.

Hi Alex. How are you today and where does this Q&A find you?

I am a happy director on set shooting a new music video for a young artist — I also wrote the song for this video. I shoot a lot of music videos as a director, not only for myself, but also for other artists. I love the moment when the idea in my head materialises into a real story, becomes a visual for others, and makes people laugh or cry.

You’ve just released a video about bullying aimed at kids. What has inspired the video?

When I was a kid, my parents told me I shouldn’t be afraid of anything or anyone because we all have Guardian Angels, and my Guardian Angel is always watching me. But since then, many things have changed, and bullying in schools and on the street became a big problem. Children should never be afraid to go to school or walk down the street, having a constant fear of being exposed to bullying. So I thought – what if this Guardian Angel really were always around to protect us, like my mom said? And I wrote a song in which I turn to my Guardian Angel, because each one of us sometimes needs support and hopes to be heard.

In your life you’ve experienced bullying. What effect did it have on you, and how did you overcome it?

I believe each one of us has this kind of experience in a different shape and form. For me, it was growing up listening to rap music and wearing hip-hop clothes in a neighbourhood where everyone else was rocking the “skinhead” look and listening to hard rock and heavy metal music. I got bullied and beaten up a lot for being different, and those experiences taught me to fight for who I am, even when it hurts. Later in life, I experienced a different form of being an outsider after a bad car accident that left me paralysed on one side. I had to re-learn to walk, talk, and do everything I enjoy. I realised it wasn’t about becoming who I used to be; it was about becoming someone new! Every day offers a new beginning, if we’re willing to see it that way.

Given the experiences you’ve had, what are the difficulties you’ve faced while
establishing your career in the entertainment industry?

I grew up in a large family in a small town; my parents didn’t have much money, and they made a lot of sacrifices for me to pursue my dreams. In my mid-twenties, I signed a recording contract with [American producer] RedOne and moved to the US to start my career. It seemed, at that point, like my hard work and my family’s sacrifices were paying off, but shortly afterward, I got into the car accident I mentioned earlier, and my performing career was put on hold. While I was forced to stay out of the spotlight, I began to explore the professions where I could stay behind the camera. I learned to write symphonic scores and direct films, I wrote my first script, and made my first short film as a director. All of this creative work was a major help in my recovery from the accident and introduced me to new skills I never knew I had. It was a blessing in disguise.

You’re known as a singer and an actor. How hard has it been to balance both of those?

I used to be torn apart between acting, directing, and writing music until I learned how to combine all of it together. Now I write scripts, direct my own music videos, and make music for the films I act in. I am blessed to do only what I love, and to have my passion to be my job.

UK fans will probably know you best from the TV series UnREAL. How was your
experience on that show?

Of all characters I’ve played throughout my acting career, Alexi from UnREAL is the most difficult one for me to play because he is almost nothing like me personally. But that also makes the process a really interesting and engaging challenge for me. It was also strange for me to be the bachelor on a reality TV show first, and then play a suitor competing for a girl’s heart on the scripted series UnREAL. On The Bachelor, I was super rebellious – breaking rules, doing things my own way, confronting producers about manipulating us – but on UnREAL, I had to follow the script and obey the rules because it was a fictional show.

You’re working on new music at the moment. What can your fans expect from that?

I am going to surprise my fans with lots of great new songs with my special ‘Alex Sparrow’ sound. Stay tuned!

What acting projects do you have in the pipeline right now?

I played an American hippie in an Italian musical-period film called Un’avventura, which is premiering in Italy right now. Other than that, I’m primarily focusing on music this year.

What would you say the biggest life lesson you’ve learned so far is?

I’ve learned that the human body has no limits; only our mind does.

What’s the one piece of advice you’d give to someone who is being bullied?

Everyone has the right to decide for himself or herself what they want to achieve; don’t let anyone else tell you who you are or what your life should be. This is exactly what my new video, “Be True, Be You” is all about!

Watch Alex Sparrow’s message to kids who are being bullied or victimised below:

Advertisement. Scroll to continue reading.
In this article:Alex Sparrow, Unreal