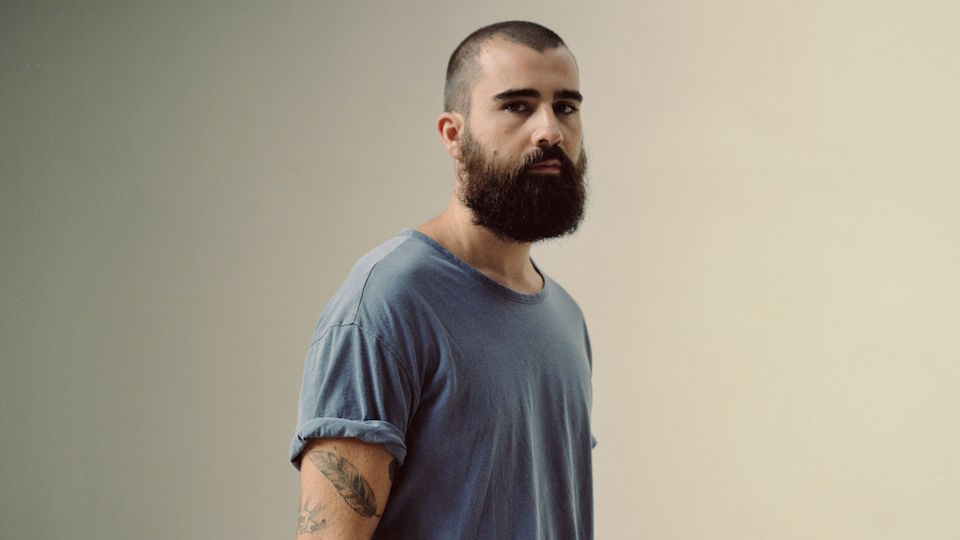 Originally from Paris, Hugo Barriol began his music career busking in Australia before returning to the French capital. He recorded his debut EP in 2015, won the 2016 Metro Music Awards and opened for French singer Alain Chamfort in 2017. Earlier this month he released his debut album Yellow, produced by Ian Grimble (who’s worked with Bear’s Den and Mumford and Sons), and now he’s out on a European tour including making his London debut at Thousand Island.

Barriol took to the stage with his acoustic guitar around 9.15 and opened his set with Black And White, from his debut EP. The sparse, haunting track balanced guitar twang and folky touches with yearning, Passenger-esque vocals. From the off you could see Barriol getting lost in the music, and I was also impressed with his guitar-playing skills.

The song set the template for the rest of the evening, as Barriol played a mix of tracks from his album and EP. He showed off a variety of styles throughout his performance, ranging from the downbeat, bittersweet Hurt with its ominous rhythm to the rock-influenced Always. I also thought his stage presence was very engaging as he told the audience the stories behind his songs – such as the driving, anthemic Mb which is based on a poem his girlfriend wrote for him – made deadpan jokes and encouraged them to join in with On The Road and the bright, optimistic Our Kingdom.

One thing which particularly stood out to me was Barriol’s impressive vocal range. Whether he was hitting drawn-out high notes on the raw, tribal-sounding The Wall, bringing in a breathy quality on Waiting, with its fractured yet hopeful feel, blending smooth tones with a wailing edge on Yellow Line or showcasing poppier touches on Forgiveness, he showed that really knows how to use his voice as an additional instrument. This approach really allowed his vocals to stand out – particularly on the frequent a cappella sections – and showed off the depth and richness in his tone.

For me the highlight of the set was Young. The song’s stark imagery had an impressive frankness to it and Barriol’s plaintive vocals really captured the sense of fear and resistance about getting older, particularly when backed by occasional whoops and pounding beats. It all added up to an incredibly powerful, weighty moment and was a great showcase for his skills both as a singer and a musician.

Barriol closed the show with his latest single, Oh My. I felt the song summed up his whole performance brilliantly – deep vocals ringing out through the room, and a rousing guitar rhythm contrasting the bittersweet lyrics. It’s a song I could see going down very well at festivals and from the reaction of the crowd (who danced along throughout and gave him the biggest cheer of the night as he finished) it’s certainly a fan favourite.

Overall Hugo Barriol delivered a solid UK debut show with plenty to like about it. He’s got an incredibly strong voice and fills his vocals with conviction and passion whilst not being afraid to show off what he can do, as well as  an intensity about his performance that makes him very compelling to watch. Throw in great guitar playing, catchy melodies and soaring, singalong choruses, and he’s shown that he’s definitely one of the leading modern folk artists around. Here’s hoping he’ll be back in the UK soon – and hopefully playing to much bigger crowds, because his music definitely deserves to be heard far and wide.