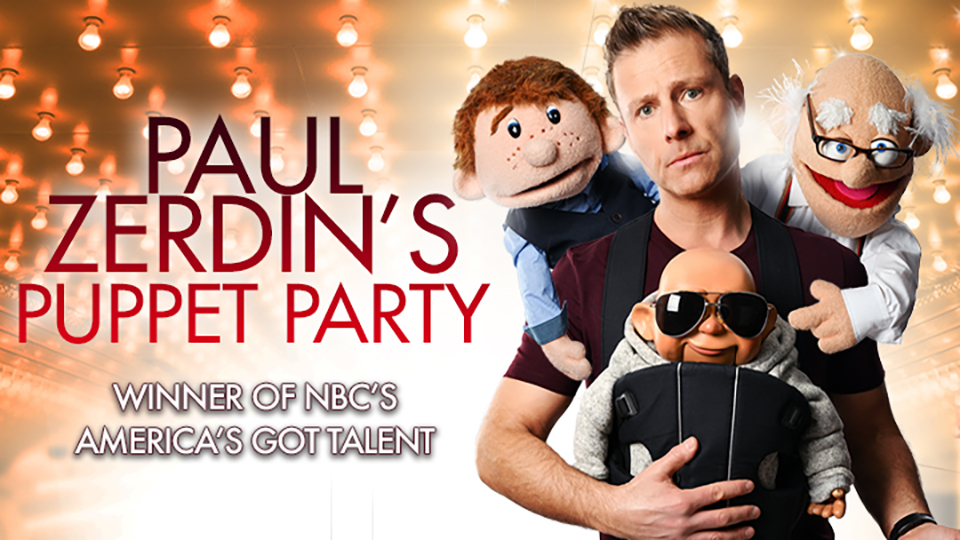 The 40-date tour begins at Bedford’s Corn Exchange on 18th September 2019 and concludes at London’s Duchess Theatre on 25th November 2019.

The show stars everyone’s favourites Sam, Albert and Baby, along with Paul’s new bodyguard, an urban fox, some hilarious audience participation – and a talking ice cream! All using a mixture of master puppeteering, state of the art animatronic wizardry and a unique blend of edgy comedy.

Zerdin wasn’t available for comment but his character Sam in his absence said: “It’s so exciting to be back on the road in the UK. We’ve played Hollywood, New York, Vegas and now….Bedford! I just hope we can all get through the tour without a big bust up like last time!”

Paul made his TV debut in 1996 as the first outright winner of LWT’s The Big Big Talent Show, hosted by Jonathan Ross. Since then he’s appeared on Comedy Central’s The World Stands Up, ITV1’s Comedy Rocks with Jason Manford, Tonight at The London Palladium, The Princes Trust Gala and has made three appearances at The Royal Variety Performance.

Tickets go on general sale on Friday 1st March 2019 at www.paulzerdin.com and www.ticketmaster.co.uk.

Advertisement. Scroll to continue reading.
In this article:America's Got Talent, Paul Zerdin