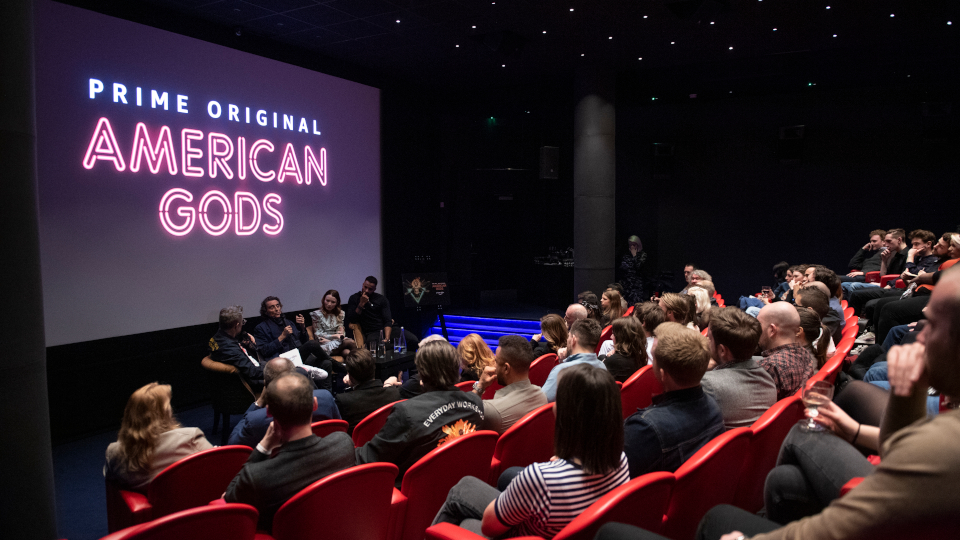 This evening Amazon hosted an exclusive screening of American Gods season 2 at the Soho Hotel in London. Georgia Brown, Director of Original TV for Europe at Amazon Studios, welcomed the guests before handing over to the presenter Jamie East for a Q&A. The Q&A featured show stars Ian McShane (Mr Wednesday) Ricky Whittle (Shadow Moon) and Emily Browning (Laura Moon).

You can check out the official release trailer below:

Ian McShane (on the return of season two) “You need to reward the viewer and we’re doing that, this season we’re getting back to the book. You will get to see this fantastic cast interacting more.”

Emily Browning (on her relationship with Mad Sweeney) “We definitely… evolve. But that’s all I can really say. However, Laura’s arc shifts a little bit when she meets Mr Wednesday…”

Ricky Whittle (on getting into shape for the role) “It’s really tough because everyone else goes home and learns their lines. I have to do that, but I also have to hit the gym, maintain a certain amount of calories…[Ian McShane starts snoring for comic effect]”.

Ian McShane (on what sets American Gods apart from other shows) “Gaiman’s writing in this thing is like magic metamorphasised. American Gods is a complicated show”.