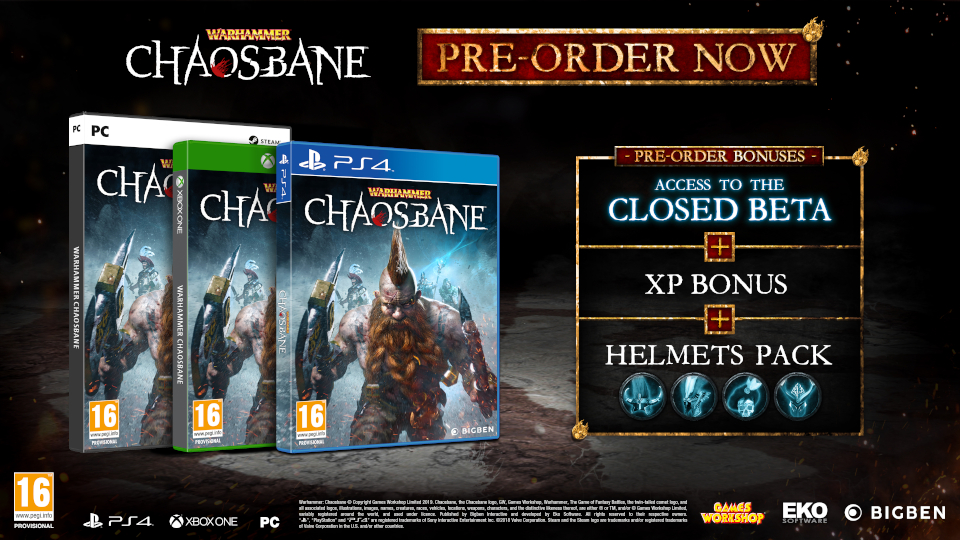 We’ve already met Konrad Vollen the soldier and Elontir the mage from the upcoming Warhammer Chaosbane from Bigben and Eko Software and now it’s time to say hello to Bragi Axebiter the Dwarf Slayer.

For those unfamiliar with the Warhammer world, Slayers are absolute mentalists! They have devoted their entire lives to seeking out the deadliest of foes in order to die an honourable death.

Given this life choice, the Slayers that manage to reach an old age become formidable warriors. The weapon of choice for a Slayer is usually a ridiculously massive two-handed axe. They have no fear and will charge headlong into any combat situation.

You can check out the official reveal trailer below:

Bragi benefits from a high degree of mobility which allows him to launch into the heart of a melee in order to eliminate a particular target. This ease of movement is augmented by the dwarf’s unique ability: he can throw his axe and launch himself at whatever it’s stuck in, whether that’s a wall or a Nurgling, using the controller’s right joystick or holding down the space bar to target. Then he can rain down blows upon his target before jumping to the next enemy. In cooperative, he’s the perfect character for eliminating a dangerous enemy who’s far from the melee while his teammates take care of the front line.

You can pre order Warhammer Chaosbane on Amazon UK on PS4, Xbox One and PC. The game will be released on June 4th 2019.

To stay up to date on all things Chaosbane head over to the official website.