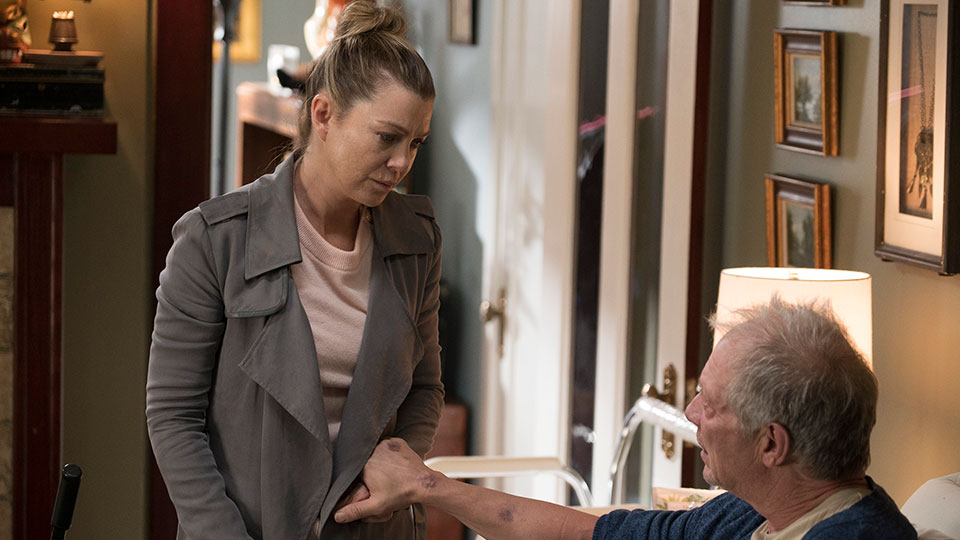 Owen (Kevin McKidd) had a rough week on the latest episode of Grey’s Anatomy.

He was angered by Teddy (Kim Raver) trying to get a job at Grey Sloan while he was still adjusting to the news that he was going to become a father. Then during surgery, Owen was accidentally injected with a drug that could cause permanent paralysis.

DeLuca (Giacomo Gianniotti) took over Owen’s surgery as Levi (Jake Borelli) concentrated on making sure that Owen was fine.

Meanwhile Meredith (Ellen Pompeo) and Link (Chris Carmack) clashed over his carefree attitude. The two patched things up though when Link helped Meredith with a party for one of her kids.

The next episode of the season is The Winner Takes It All. Amelia and Koracick tackle a daunting surgery on Catherine while Richard and Jackson hope for the best. Also Meredith visits her ailing father.

Grey’s Anatomy airs at 9pm Wednesday on Sky Witness HD. Preview it with our gallery below: