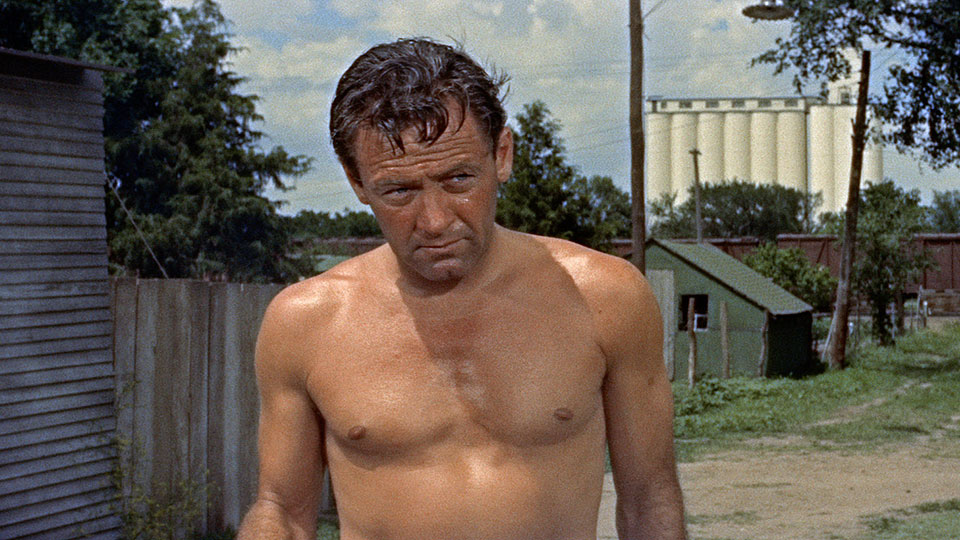 Eureka Entertainment to release Picnic, one of the defining landmark films of 1950s Hollywood starring William Holden and Kim Novak, presented for the first time ever on Blu-ray in the UK as part of the Eureka Classics range from 18th February 2019.

Picnic is a portrait of the desires and frustrations simmering under the surface on an ordinary Labor Day in a small Kansas town. Starring William Holden in one of his most iconic roles, and Kim Novak in the performance that made her a star, the film is one of the most fondly remembered American classics of that decade, adapted by director Joshua Logan from his own Broadway production (which won a Pulitzer for playwright William Inge).

Drifter Hal (Holden) returns to his hometown, unemployed and with his college football glory days long behind him. Reunited with his old friend Alan (Cliff Robertson), Hal soon becomes acquainted with the Owens sisters, beautiful Madge (Novak) and budding poetess Millie (Susan Strasberg), along with the Owens family’s boarder, schoolteacher Rosemary (Rosalind Russell). While Millie longs for Hal, his affections turn to Madge, and at the holiday picnic, passions ignite, jealousies erupt, accusations and rage explode, and Hal and Madge must decide if they can escape their small, stifling hometown.

While its examination of middle American mores may seem quaint today, Picnic’s torrid romances, erotically charged dancing, and Holden’s torn shirt were considered bold and risqué in the conservative 50s, although now it can be viewed as an honest and moving study of a long-gone era. Featuring stunning Cinemascope photography by the legendary James Wong Howe, this much-beloved Oscar-winner is a grand, unforgettable 1950s American milestone, and is presented here on Blu-ray for the first time ever in the UK.

Picnic, one of the defining landmark films of 1950s Hollywood starring William Holden and Kim Novak, is released Monday 18th February on Blu-ray and can be purchased at https://amzn.to/2C8UZiZ.

In this article:Eureka Entertainment, Picnic