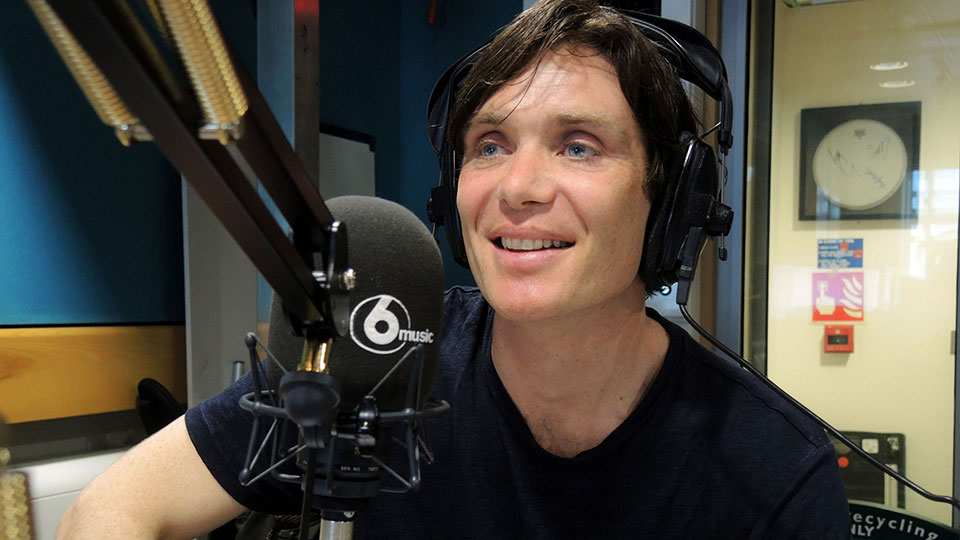 Actor Cillian Murphy is joining BBC Radio 6 Music as Guy Garvey takes an extended break to record his next album.

Murphy will take over Garvey’s current slot 2 to 4pm on Sundays starting on 3rd March and running until summer 2019. The show is also available on BBC Sounds.

Cillian Murphy says, “As a music lover, mixtape obsessive and long-time 6 Music fan I couldn’t be more chuffed to be asked to sit in for Guy on his hiatus. His show has been a constant companion for me and my family on Sunday afternoons for many years now, and it will be an honour to pick the tunes in that slot for a while. 6 Music is the best radio station in the world and I look forward to becoming a temporary houseguest!”

Murphy is best-known for his role as Tommy Shelby in Peaky Blinders, which will air its upcoming fifth season on BBC One. He’s also starred in films such as Dunkirk, Inception, The Dark Knight Trilogy, Breakfast on Pluto and 28 Days Later.

Fans can also see him on stage in Grief is the Thing with Feathers at The Barbican from 25th March until 13th April.

Paul Rodgers, Head of 6 Music, says, “We’re delighted Cillian will be joining 6 Music for the next few months. His music selections are always interesting and I think listeners will love hearing him on 6 Music on Sunday afternoons.”

Guy Garvey says, “I am taking a couple of months off to concentrate on the final stages of Elbow’s next record. Murphy is a bit too good actually, I’ve heard him before and he knows his onions. I obviously have to watch my back, but he’s nowhere near as good looking as me so I’ll win on that front.”

This isn’t the first time Murphy has hosted on BBC Radio 6 Music. He’s done several one-off shows since 2013 with his most recent at Christmas where he played his favourite artists, which featured the best of 2018 plus Irish musicians new and old.