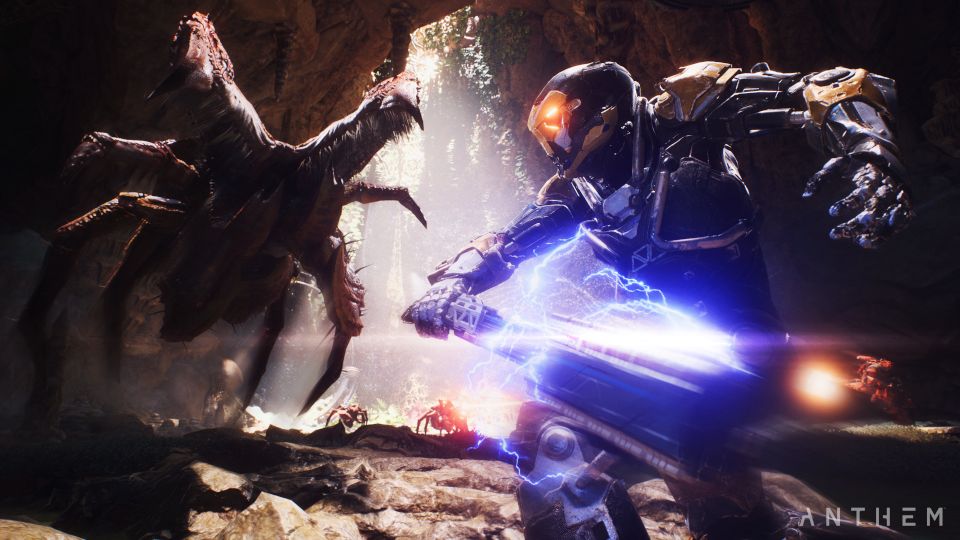 A live action Anthem short story has been created by EA and Bioware in collaboration with Neill Blomkamp who directed Elysium, Chappie and District 9. Titled ‘Conviction’ the short is set in the Anthem universe and depicts events several decades before the setting of the upcoming game. The film depicts the Javelin suit wearing Freelancers as they discover a mysterious woman lost in the jungle.

The discovery of the mystery woman leads to conflict with clear lines being drawn in the sand. It’s amazing how much the three minute film crams in with betrayals and exciting battles all on show.

The movie is narrated by an unknown female character telling us of the human history in the Anthem world including its enslavement, fight for freedom and struggle for survival. The short acts as a trailer and doesn’t give much away in terms of deep story but it’s certainly a cool introduction to the eagerly anticipated game.

You can check out the short film ‘Conviction’ below:

Anthem is due to be released on February 22nd and you can pre-order your copy from Amazon UK on Xbox One, PS4 and PC.

Origin Access Premier members can be the first to play the full game with unlimited access on PC starting February 15th, and EA Access and Origin Access Basic members can enjoy up to 10 hours of play time as part of the Play First Trial.