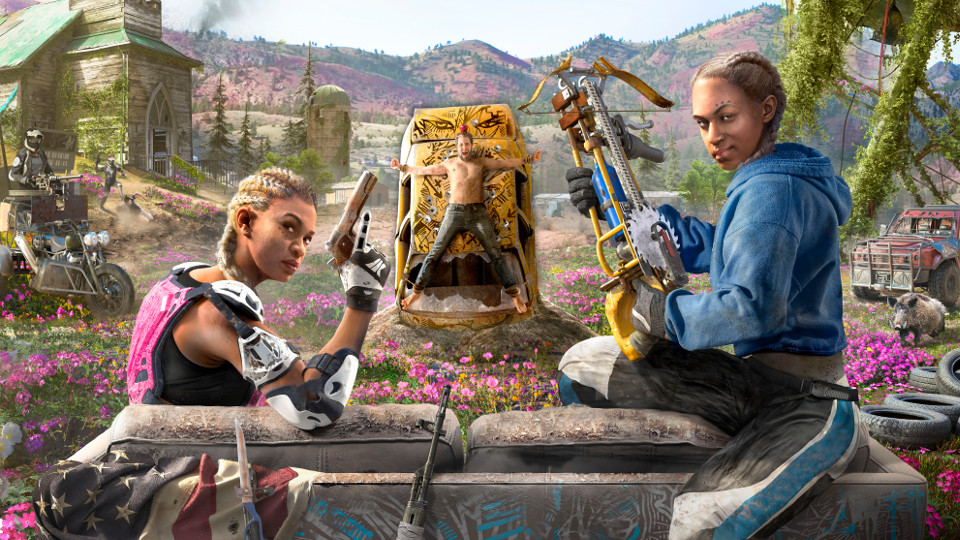 Tomorrow, February 15th, sees the launch of Far Cry New Dawn on Xbox One, PS4 and PC. The game is a standalone sequel to Far Cry 5 and it has been designed for both new and returning players. For New Dawn, Ubisoft are reusing the Far Cry 5 map in a similar way to what they did with Far Cry Primal and Far Cry 4.

Far Cry New Dawn takes players back to Hope County, Montana some 17 years after a nuclear doomsday. Nuclear winter has given way to a “superbloom,” creating a lush, colourful landscape that survivors have begun to re-populate with makeshift buildings. It’s a lawless frontier where people are struggling to get by – and you’ll be able to experience it all with a friend in co-op, or on your own as a lone gunslinger.

Players must lead the fight against the vicious Highwaymen, led by Mickey and Lou. Known as The Twins, these sisters combine brains and brawn to give their army an iron grip on Hope County’s precious resources.

To get stronger weapons and gear, players can upgrade their Homebase. Doing so is essential to survive, not only in Hope County but outside its borders too. Expeditions allow players to visit new territories including swampland, a desert canyon, and the coast.

EF Games will be bringing you a full review of Far Cry New Dawn later this month.