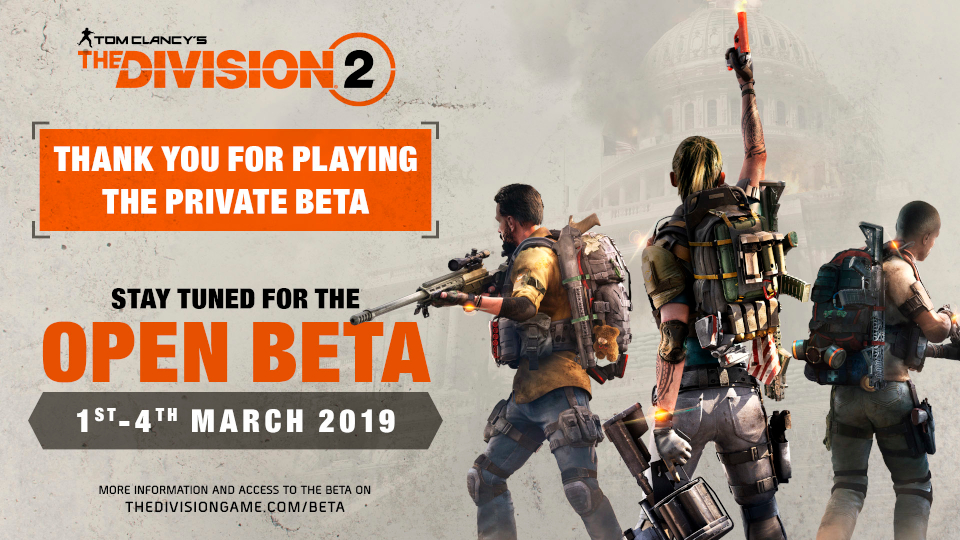 With the private beta of The Division 2 done and dusted Ubisoft have announced that there will be a public beta running from March 1st – March 4th. The beta will be available on PS4, Xbox One and PC. This will be your last chance to get hands on until the final released date on March 15th. Details are a bit thin at the moment but to stay up to date head over to the official Division 2 website.

You can check out the Division 2 multiplayer trailer below:

Set seven months after a deadly virus was released in New York City, Tom Clancy’s The Division 2 will bring players into a fractured and collapsing Washington D.C. The world is on the brink, with its people living through the biggest crisis ever faced in human history. As veteran Division agents, players are the last hope against the complete fall of society as enemy factions vie for control of the city. If Washington D.C. is lost, the entire nation falls.