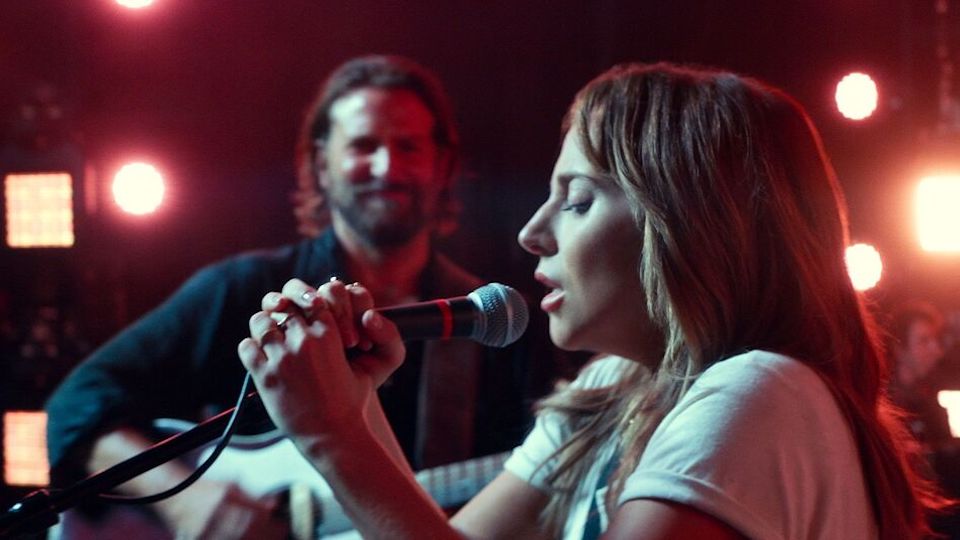 There are two things about A Star is Born that have contributed to me not giving it 5-stars. To be clear, I absolutely adore this film, but these two things just eat away at me. The first is that it is too short. This is not a criticism I attach to many films, especially as we are living through the age of cinematic bloat. But the second half of this film moves at an almost dizzying pace, and I really wanted the dramatic journey these characters go on to just have a bit more room to breathe. My other complaint is that when Jackson Maine – the fucked up alcoholic, drug addict, country singer – takes off his shirt, he has Bradley Cooper’s torso. Quite frankly, it took me right out of the film.

Facetiousness out of the way, I genuinely love this film, and it is a fantastic reimagining of the classic story. Based on a remake of a remake, this timeless tale of a superstar and an ingénue on opposing yet intersecting trajectories of stardom was one of the best films of last year. A Star is Born sees Bradley Cooper (who also directs, produces, co-writes the script, co-writes some of the songs, and contributes to the score) playing country rock superstar Jackson Maine. Looking to get drunk after one of his gigs he stumbles into a drag bar, and discovers Ally (Lady Gaga) performing a sensational cabaret act. You know the story from here. They fall in love, and he sets her on a path to superstar success, which will soon eclipse his own, as his demons and addictions slowly consume him.

It is a remarkable directorial debut from Cooper, who has crafted something out of this old story that feels new and authentic and achingly real. As an actor he has never been better. He taps into the darkest and most self-destructive places of the human condition, only ever truly coming alive when he is with Ally, and especially when they are on stage together. But even then you can see it in his watery eyes, in the way he carries himself, in the hunch of his shoulders, and you can hear it the deep voice he affects for the character. This is a man in real pain.

Lady Gaga has arguably an even more difficult act to pull off. She is one of those rare and unearthly talents that could conquer every aspect of the entertainment world if she chose to. She seems destined to be a future EGOT winner. But in a Star is Born she has to convince us that she’s just an ordinary girl with an extraordinary talent, who nobody would take a chance on because of the way she looks. And you know what, she absolutely nails it. Tapping into her own early experiences of trying to break into the image obsessed music industry, she ignites the screen as Ally, finding notes (and definitely hitting ones) that perhaps more experienced actresses would have missed. When she performs La Vie En Rose, we are Jackson in that moment. Captivated, beguiled, and hopelessly in love with this girl.

Yes there are moments where you have to take a huge leap (off the deep end) to truly buy what is happening at times. Take the film’s signature song ‘Shallow’ for example. It begins life as a bit of drunken, improvised singing in a parking lot, and then about 12-hours later it is fully written, arranged, produced, and rehearsed by Jackson and his band. Then without any rehearsal whatsoever, Ally just walks on the stage and belts it out in front of a packed stadium. It’s ridiculous, but you just don’t care one iota. Cooper has you so invested in these characters from the word go, that you are giddily following them on this journey. It doesn’t hurt that the song is an absolute banger, and that first live performance is already a modern classic. When she strides forward and grabs the microphone for the big note…chills.

It would be impossible to review A Star is Born without speaking about the incredible Sam Elliot. As you discover in the special features on the disc, he was the inspiration for Jackson’s speaking voice. He also plays Jackson’s older brother and road manager Bobby, and as you would expect from Sam Elliot, he delivers a sensational performance. A scene he shares with Cooper late on in the film is so beautiful it will rip your heart from your chest.

This blu-ray disc is well worth investing in, as there are plenty of special features to keep you entertained once you’ve finished watching the film. First up is The Road to Stardom, a 30-minute documentary about the making of A Star is Born. This is top-drawer behind-the-scenes material right here. It’s done in a unique conversational style, with all the main players just talking about the film between themselves. This is interspersed with terrific on set footage, clips from the cast table read, Gaga’s screen test, and some footage of Cooper and Lady Gaga recording a duet at her house.

Next up are the Jam Sessions and Rarities, and that is exactly what it says on the tin – rehearsals and loose jam sessions, that fed into the some of the performance scenes, and montages in the film. It also serves to remind you of what a ridiculously talented bunch of folk these are. There are also music videos for the four big songs in the film. And finally there’s a feature where you can watch all of the musical moments from the film in one go.

If you’re going to remake a classic you’d better do it well, and Bradley Cooper has done the legacy of A Star is Born proud with this film. As uplifting as it is emotionally shattering, with a killer soundtrack, and three incredibly authentic and soulful performances, this is an extraordinary directorial debut. A star has most definitely been born.