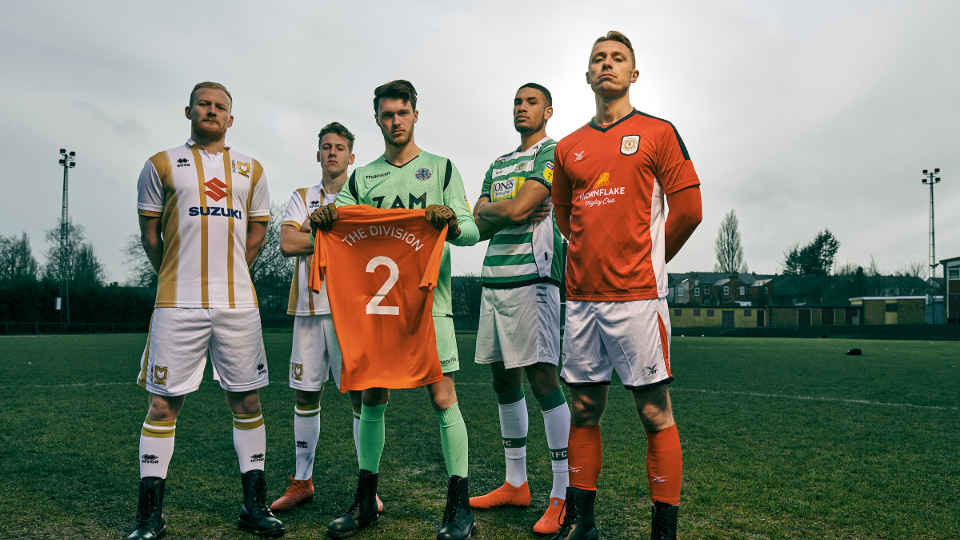 Ubisoft has shunned Premier League and International footballers, often used to promote major videogame releases, to instead sign-up English Football League Two stars as ambassadors for the launch of its latest release, Tom Clancy’s The Division 2.

See some photos from the shoot in our gallery:

The EFL League Two division players celebrated their signing with a photoshoot featuring custom football shirts, before loading up the game for the first time. Each will be encouraging teammates to login during the Private Beta period, which begins is currently running until Monday (February 11th).

Commenting on the new signings, Adam Merrett, Senior PR Manager at Ubisoft, said: “We’re thrilled to have signed up the very best players in their own division as ambassadors for the release of Tom Clancy’s The Division 2. Our new recruits will join an ever-growing and diverse community of Division players as we launch our much-anticipated Private Beta for The Division 2 over the coming days. Watch out for more to come on unique new signings as we head towards launch in March.”

Ex-Premier League legend and current midfielder for Swindon Town, Matt Taylor, said: “Each division is different, but the one thing that remains is true passion for the game. It’s great to see Ubisoft recognise that by signing us up for The Division 2. We’re thrilled to be joining the Private Beta, playing to launch and beyond. I look forward to seeing Division 2 fans in the Dark Zone!”

In this article:PC, PS4, The Division, Ubisoft, Xbox One