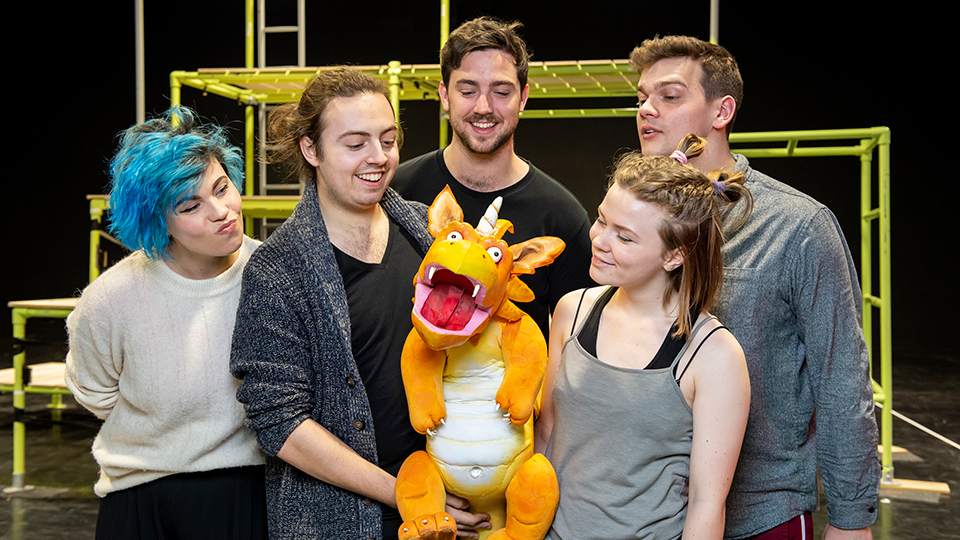 Zog, based on book by Julia Donaldson with illustrations by Axel Scheffler, has announced its full cast and creative team ahead of its world premiere at Rose Theatre Kingston from Thursday 14th to Saturday 23rd February 2019 prior to a UK Tour.

Handcrafted puppets designed and created by Little Angel Theatre co-founder Lyndie Wright will be used to bring the world of Zog to life.

Zog is adapted and directed by Mike Shepherd (founder and Artistic Director of Kneehigh) with an original folk score by Johnny Flynn (currently starring in True West in the West End) and designs by Katie Sykes (Jane Eyre at the National Theatre).

Large in size, and keen in nature, Zog is so eager to win a golden star at Madam Dragon’s school, where dragons learn all the things that dragons need to know. Zog tries so very hard, perhaps too hard, and he bumps, burns and roars his way through years one, two and three. Luckily, the plucky Princess Pearl patches him up ready to face his biggest challenge yet… a duel with a knight, Sir Gadabout the Great! Zog promises to be roaring fun for all ages.

The production is produced by Freckle Productions and Rose Theatre Kingston.