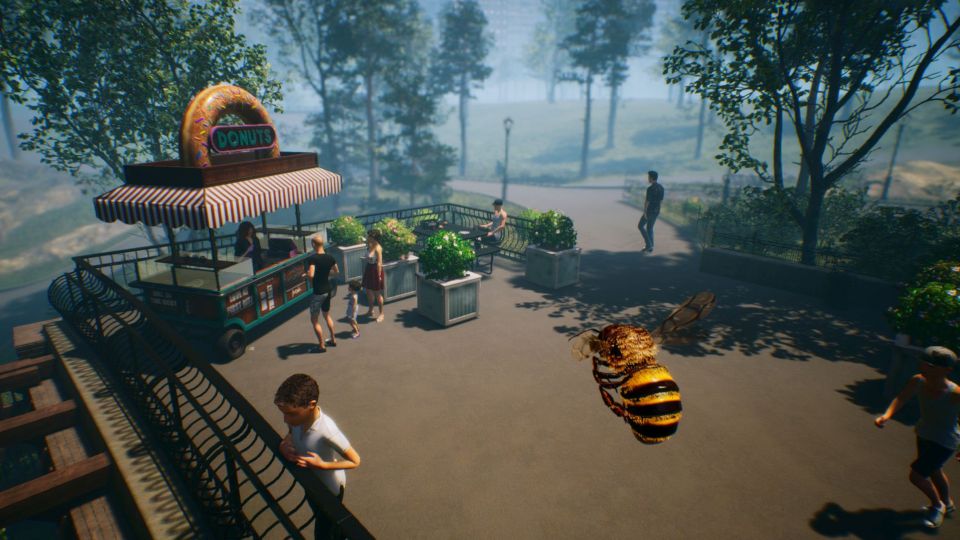 Varsav Game Studios have been busy as bees (sorry) working on their new game Bee Simulator. They have just agreed a publishing deal with Bigben which will allow the game to be released on PC, Xbox One, PS4 and Nintendo Switch by the end of the year. You might be forgiven for thinking that a bee sim sounds a bit rubbish but before you move on I urge you to check out the trailer below as it genuinely looks really interesting.

“It’s a great pleasure to have such an experienced partner like Bigben as a publisher for our upcoming Bee Simulator game. As a unique mix of action game with elements of simulation, and definitely with an educational mission, we deeply believe that Bee Simulator has great potential. Potential not only to give players huge amounts of fun and entertainment from being a bee, but also by increasing their knowledge of the nature that surrounds them, and maybe even change their work-life-nature balance. We believe that the global marketing and sales campaign of Bee Simulator in cooperation with Bigben will build a strong awareness of all the unique aspects of the game,” says Łukasz Rosiński, Founder and Joint-CEO of Varsav Game Studios, developer of Bee Simulator.

“It’s a real pleasure to work with Varsav Game Studio on this game. The passion of those guys who have worked for years to make this innovative title accessible to everyone is something that really made us enthusiastic. As a major player in the AA video games publishing industry, we really wanted to be part of creative projects that offer unique experiences to all players, whether they are young or adult, and that’s exactly what Bee Simulator is about.” Says Benoît Clerc, Head of Publishing at Bigben.