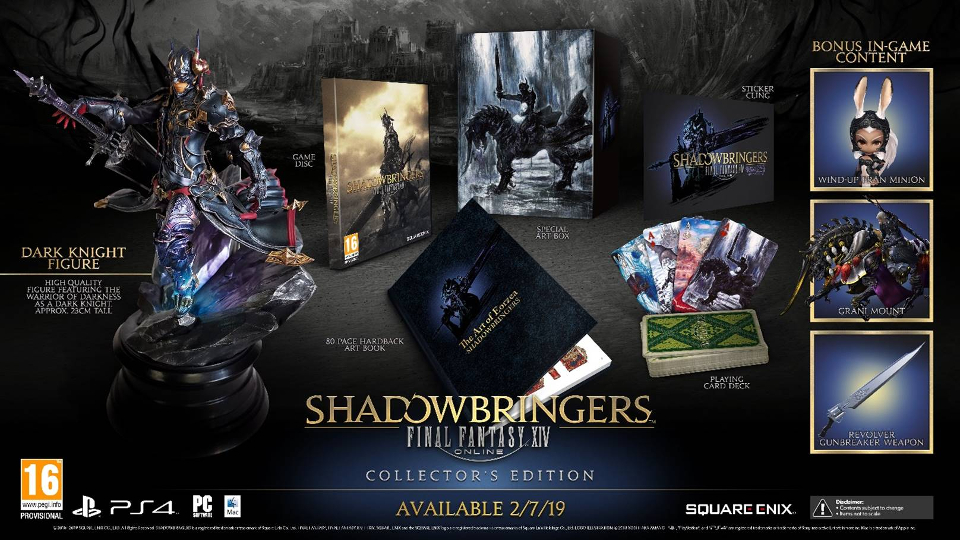 At the Final Fantasy XIV Fan Festival taking place in Paris this weekend (Feb. 2nd-3rd), the third expansion was revealed to be called Shadowbringers.

Anyone pre-ordering will be eligible to receive the following items, which will be delivered starting 1st March, 2019 at 8am GMT:

With items being delivered ahead of launch, anyone pre-ordering Shadowbringers will be able to receive their Aetheryte Earrings to catch-up to level 70 before the expansion releases on 2nd July.