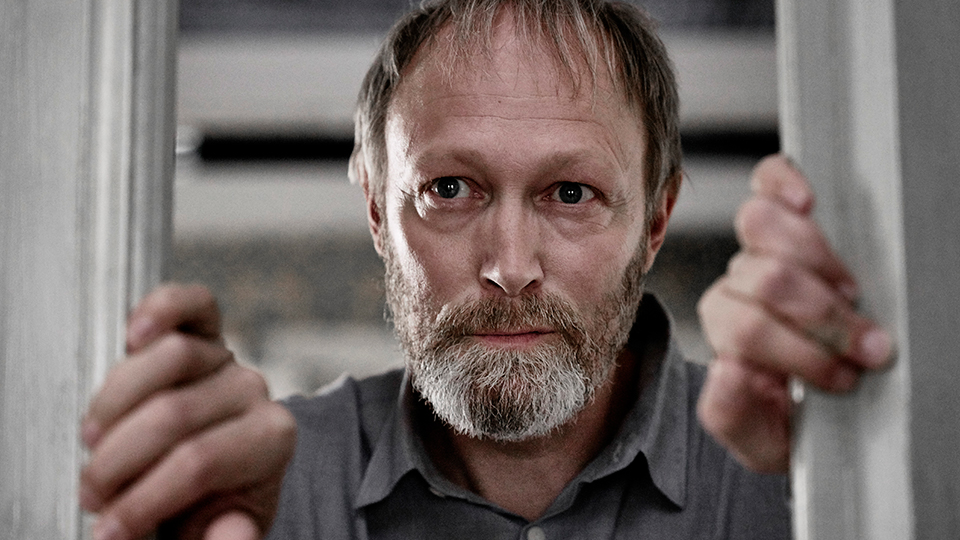 Entertainment Focus were very privileged to have been invited to attend a Walter Presents event hosted by Walter Iuzzolino himself in the delightful surroundings of the Danish Ambassador’s Residence in the Danish Embassy in Sloane Street.

Walter interviewed three of Denmark’s most renowned sons and daughters, each of whom have an interest in three new Danish dramas about to hit our screens via Walter Presents (where else?). But these are three very different productions; one is a huge, family driven melodrama, one is a thrill-a-minute hostage drama, and one involves exploitation in Tanzania. Three more different shows you could not imagine, but with that Danish production quality threading through each one.

First up was Danish screenwriter and producer, Adam Price (I know – doesn’t sound very Danish, does he?). Adam is best known for creating the wonderful Borgen in 2010 – a brilliant story about a female politician (played by the fabulous Sidse Babett Knudsen) who rises to power in a coalition government in Denmark. If you’ve not seen it, I urge you to binge watch all three seasons. It won a BAFTA for Best International Series in 2012, was nominated for an Emmy, it won the Danish Peabody Award, Prix Italia, Monte Carlo TV Festival Golden Nymph – I could go on, but I suggest instead that you just watch it!

Adam has a new project – Ride Upon the Storm – about a priest and his relationship with his family. And he’s passionate about it – really passionate. He must be an interviewer’s dream, because he talks and talks and talks, barely pausing for breath. But it’s a fascinating show, so you can understand his enthusiasm.

The show revolves around a controversial (and frequently irreverent) priest is played by Lars Mikkelsen (The Killing, The Team) – another of Denmark’s most notable actors. Episode one of RUTS is due to be shown on C4 on 27th January, with all the first series (10 episodes) available on All 4 immediately afterwards.

Walter started by asking Adam how this series came about. “I was driving home one night, and I heard a piece on the radio about an election for the clergy. In Denmark, we elect our bishops. They have election campaigns financed by themselves; they are politicians under God. It was even more political than politics.”

Adam acknowledged that it was a hard pitch to put to the production company. “The wonderful thing about DR (the Danish national broadcaster) is that they are almost obliged to take on the difficult stories – and they gladly do that. But at its core this a character driven story – a family driven story.”

But it sounds like Adam’s relationship with his leading star wasn’t always a smooth one. “When Lars came in (to the role) everything just changed. Because he brought in so much pain; so much joy. So many more dimensions to the part. And we knew that it had to be him. We’ve had a very close, wonderful and at times extremely difficult relationship. But Lars is a very demanding actor. He is not necessarily satisfied with the third or fourth draft of the scene. And sometimes he participates (in the writing) himself, because he’s so passionate about it.”

Talking about his main character, Adam is very animated. “He is very much a rock star in his parish. He writes books, writes lectures – but he’s a flawed character with many demons. When he’s up there, he’s manic. He’s full of himself – takes no prisoners. But he also gets extremely depressed. And behind every great man is a wrecked family!”
When asked to compare Borgen – where the main character was a woman in a man’s world – and Ride Upon The Storm, Adam admitted that he wanted to look at the male relationships in the family this time. “Borgen was very much a feminist project, albeit written by three men. Ride Upon The Storm is about masculinity in the family. It concerns the way male characters interact – father and son, brother and brother. And it covers issues about the expectations of men – expectations are very much the driving force behind the male psyche. The bible has so many stories about father/son relationships and I wanted to incorporate that in this series.”

Next up for the interview chair was Birgitte Hjort Sørensen, who also starred in Borgen (as journalist Katrine Fønsmark). She has a new series entitled Greyzone (coming to C4 in February) about a woman who is kidnapped as part of a terrorist plot. But there’s a touch of Stockholm Syndrome about the situation, as our sympathies and ideals about good and evil are challenged – nothing is black and white, hence the greyzone (or grey area).
Birgitte is pure Scandinavian cool – she’s looks effortlessly stylish (with amazing shoes!) and has an elfin beauty that means she looks considerably younger than her 37 years. When she speaks, her English is impeccable (she’s performed in theatre in the UK and America) with barely no accent whatsoever.

She explains about her character, Victoria Rahbek, in the show: “She starts off being a very ordinary person; she’s a young mother, divorced from the child’s father – so she’s juggling the whole single parent thing. She knows the difference between right and wrong – she never thought she’d lie to her friends, steal from the company she works for, or help terrorists. But within days she’s doing all of that, and doing it well, because of the threat to her and her son.”

Talking about the Nordic Noir scene, Birgitte feels that Danish writers have moved on: “I think it’s wonderful that Danish writers continue to explore and challenge, to push themselves and the audience. For a while, it was nice to ride the Nordic Noir wave. But thankfully, they’re happy to push the limits with shows like ours and Ride Upon The Storm.”

We got a small insight into her early influences when someone in the audience asked about her TV viewing habits growing up in Denmark. Seems like Phoebe, Rachel and Monica had a big fan in Copenhagen: “I watched all the stuff you did in the UK – 90210, all the usual sitcoms. But Friends – I must have watched it a dozen or more times all the way through all the episodes. When I was at university and hungover – which was more often than not – I could listen to an episode of Friends and know what was going on screen without having to open my eyes!”

Next up in the hot seat was Sofie Gråbøl. Most people won’t have recognised Sofie without her famous Faroe Isle jumper, a garment she made famous as Sarah Lund in The Killing, the massively successful Danish thriller that graced our screens for three seasons between 2007 and 2012. But she’s not just a one pullover pony – she’s also been in the spooky (and rather odd) Fortitude, and even trod the boards in Edinburgh and at the National Theatre as Margaret of Denmark in James III: The True Mirror.

She’s here today to talk about Liberty (coming to C4 in February), an intriguingly different show for Walter Presents. Set in Tanzania in the 1980s, it centres around a community of ex-pat Scandinavians and covers some thorny subjects like the exploitation of international aid and sexual abuse. The five-part series is based on a novel by Jakob Ejersbo, and co-stars Connie Nielsen, best known as (Queen) Hippolyta in the Wonder Woman and Justice League films.

There’s a real warmth to Sofie; she engages effortlessly with the audience, apologising for going off track, joking, laughing and questioning her understanding of English terms and phrases (entirely unnecessarily, of course – she speaks the language better than I do). And a real passion, too – particularly when talking about this series.

“The writer was born in 1968 and sadly passed away when he was 40. This was his final piece of work before he died of cancer. It’s a story about identity – black or white, African or European. I was born in the same year as the writer of the novel, and it was amazing being young in the 80s. But this is a very harsh portrait about my parent’s generation. They’ve been praised and praised – and quite rightly so. But it takes time to see and look back at that generation. Now we have distanced ourselves enough to see things more clearly. This generation was so amazing, so brilliant, so self-centred. But that’s a good thing – it helped them achieve what they achieved. But it meant that they rejected all that went before them. They created their own idealistic world where they’re going to help these African people. But they became very depraved; suddenly they have servants, and all the ideals that they have of being doers of good are being questioned.”

“My character is a nurse – a mother of two. She’s a good person; she wants to go to Africa to help. But in all this eagerness to help and do good, she neglects her own children. As with all good parts, you feel like it’s you – I could be this woman. Again, it’s this generation – they were out there saving the world and liberating themselves – sexually and politically.”

It’s quite a dark series – it doesn’t paint that generation in a good light. “That’s true – but nobody wants stories about good; we want stories that mirror our lives. I thought it was very bold of DR to take this on. But the story is so great, and the characters are so great. It’s wonderful that DR keep on challenging themselves and their audiences. They never talk down to their audience. Once you do something successful, it’s tempting to do it again. Like cooking a recipe and doing it time after time. But DR are happy to mix it up.”

Whilst talking about how traditional the British are compared to Scandinavians, Sofie gave a hint of what might have been: “I was offered a part once, right at the start of The Killing, my agent called me up and said that there was this English series about a mad professor and time travel – what’s it called?” Could that be Doctor Who? “Yes, that’s it! My agent said it’s been going since the 50s?”, she asks – amazed that any show could last that long. What might have been, eh? The first Danish Doctor, perhaps?

Ride Upon the Storm launched on Channel 4 on 27th January and is available to watch in full now on All 4. Greyzone and Liberty are coming to Channel 4 in February.