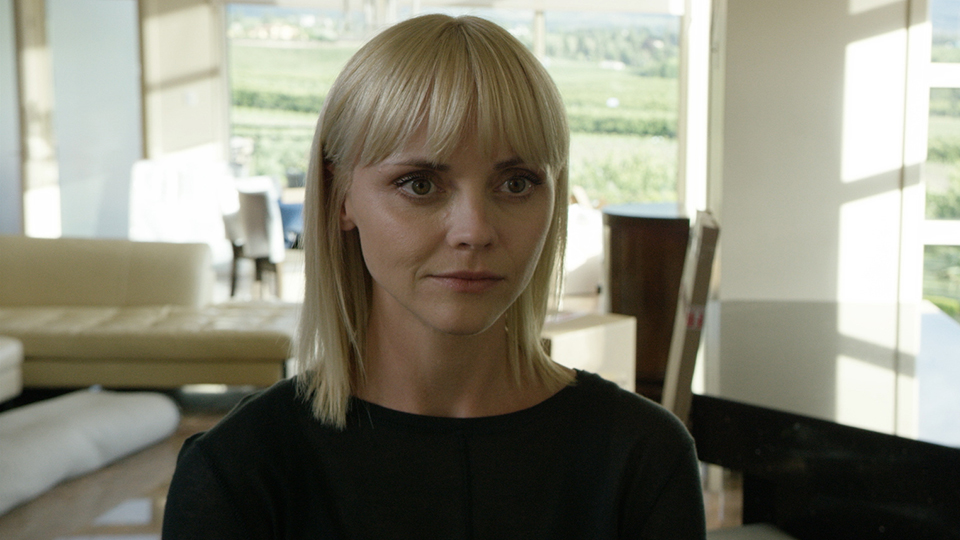 Lauren Curran (Christina Ricci) and her husband Russell (Brendan Fletcher) make the decision to move into a ‘smart apartment’ and start over after Lauren’s nightmares threaten to pull their relationship apart. Once they move in, Lauren starts to suspect that the building owner is doing something sinister to the residents but her investigation starts to create a wedge between her and Russell. Convinced that she’s part of a brainwashing plot, Lauren attempts to prove she’s not going crazy.

On paper Distorted sounds like it should be a sure-fire smash. Firstly there’s the star power of Ricci and John Cusack, and secondly the high concept plot aims to play on society’s worst fears. Unfortunately what ensues is a messy, uneven film that makes less and less sense as it goes on. I stuck with it for the duration expecting there to be a clever twist or something to make me understand why Ricci and Cusack signed on but sadly it never came.

Essentially Ricci has to play the potentially crazy Lauren as if she’s always on the verge of having a mental break. The film is full of moments where subliminal messages pop up on the screen in an attempt to show you what Lauren’s experiencing but Ricci’s facial expression and reaction shots look a little more like she’s confused about what’s going on too. The film draws you in adequately enough with the promise of a big payoff but my first glimpse of John Cusack as mysterious hacker Vernon Sarsfield brought with it serious doubt that Distorted was going to be anything other than disappointing.

Distorted’s tendency to ignore logic and pretty much flat out refuse to give the viewer any answers is endlessly frustrating. It also highlights the issue with so many high concept films as more often than not there’s no real substance behind them. The film appears to be making some statement about the Big Brother world we live in but what that statement is a complete mystery, possibly the film’s biggest mystery.

The acting here is universally pretty terrible. Ricci is normally a compelling presence but she’s wasted her and the direction she was given doesn’t get a good performance out of her. John Cusack was clearly cashing a pay check and Brendan Fletcher, who just wowed in season 7 of Arrow, plays a character so bland I struggled to remember who he was while writing this review.

Distorted is a bad movie. I’ve tried hard to find something positive or constructive to say and I’m drawing a blank. The short run time is a mercy but for an 86 minute film, it felt like the longest day of my life. Chalk this one up to an intriguing concept executed poorly and you’ll be somewhere in the region of the right expectation have if you choose to watch this mess.