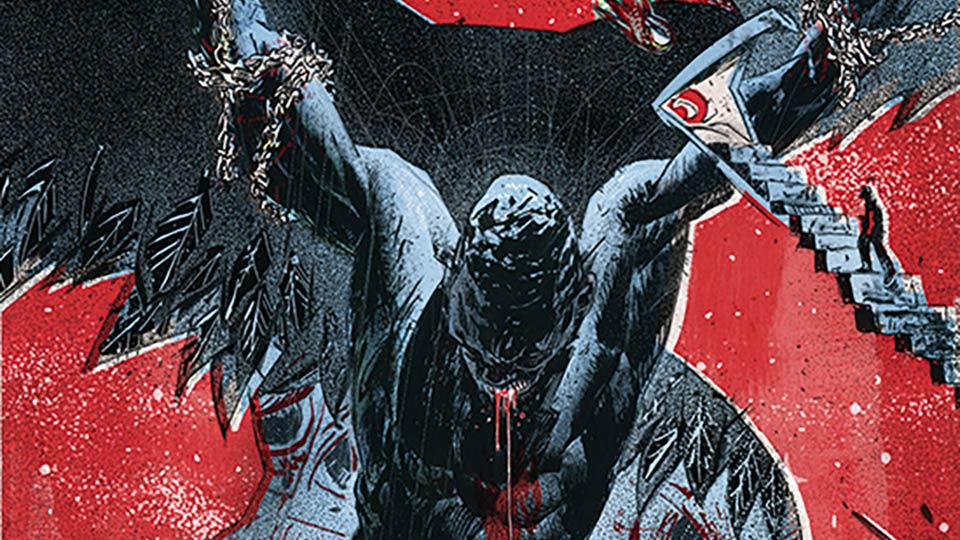 Following the success of their production of American Gods, The Folio Society has published Neil Gaiman’s Anansi Boys. The seed of Anansi Boys was planted during a conversation with the British comedian and actor Lenny Henry, who asked: where were all the people of colour in fantasy fiction? Gaiman turned his attention to African mythology and the figure of Anansi the spider god. Having already made a scene-stealing appearance in the award-winning American Gods, the irresistible Mr Nancy makes a triumphant return in this witty romp of a novel.

Talking about The Folio Society edition of Anansi Boys, Gaiman said: “You’ve set the bar so high with American Gods. Now you merely have to do something just as beautiful and just as ground-breaking.” The author chose Detroit artist Francis Vallejo to take on the challenge. As well as vivid spider webs on the page tops and six full-colour illustrations, two of which are double-page spreads, this collector’s edition of Anansi Boys features a special tactile pictorial slipcase and a binding that nods to the dual nature shared by the characters Fat Charlie and Spider. Inside, fully illustrated, original black-and-white chapter headings tell their own folktale – all of which is especially fitting for a book about the power and vitality of stories.

Acclaimed Jamaican-born speculative fiction writer Nalo Hopkinson provided advice and insight on Caribbean syntax and dialogue, helping to ensure that the voices of the characters sounded authentic. Hopkinson has provided a perceptive introduction, where she writes: “Neil had done his research very well. And in the places where research cannot substitute for lived experience of a culture, he had done something extraordinary: he had treated the overwhelmingly Black cast of characters like people. Not in the sense of the paipsey, deracinated erasure one so frequently sees when pop culture narratives try, awkwardly, to put a bit more representation into a story. His characters weren’t ‘people who just happened to be Black’ (or Caribbean, or women, or elderly, etc).”

The Folio Society edition of Neil Gaiman’s Anansi Boys, introduced by Nalo Hopkinson and illustrated by Francis Vallejo, is available exclusively from The Folio Society.