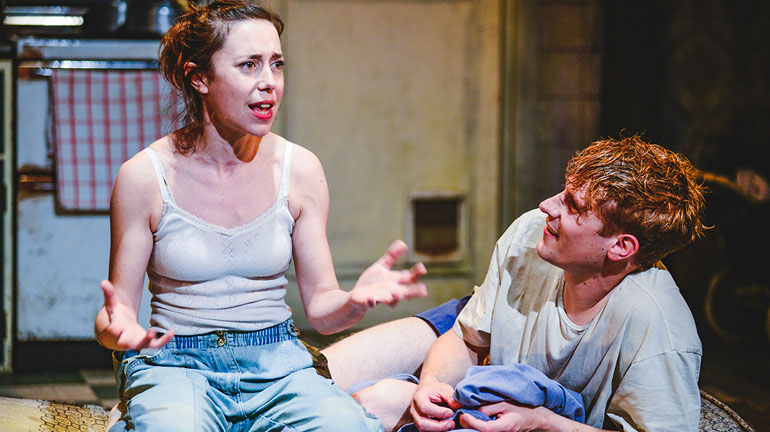 Leeds Playhouse has revealed Tessa Parr will play the title role in their forthcoming production of Hamlet.

As a member of Leeds Playhouse’s Ensemble Company, Parr previously gave a critically-acclaimed portrayal of Juliet in the Playhouse’s production of Romeo & Juliet.

Parr will be joined on stage by the full Leeds Playhouse Ensemble Company with Dan Parr as Laertes, Darren Kuppan as Rosencrantz, Rob Pickavance as the Ghost, Susan Twist as Polonius, Joe Alessi as Claudius and Jo Mousley as Gertrude.

Simona Bitmate will also join the company as Ophelia, direct from filming the movie Peterloo. Crystal Condie also stars as Horatio, fresh from playing Belle in Bristol Old Vic’s A Christmas Carol. The company will be supported by a group of young actors from Leeds Playhouse’s youth programmes.

On directing Hamlet, Leeds Playhouse Associate Director Amy Leach said: “It’s a magnificent play exploring a nation that has become rotten, and feels hugely resonant in our current turbulent political times. It’s a story exploring the identity and emotional journey of a young person with unspeakable burdens placed on their shoulders, and I’m really excited that in our production this will be a young woman.”

“Hamlet will bring a totally different dynamic to the productions which have come before,” adds Artistic Director James Brining. “With only a handful of shows left within this space, I urge you to come and experience it for yourself and be part of this pivotal moment for the Playhouse.”

Samuel Paynehttp://samuelpayne.weebly.com
Reviewer of Theatre in the North, including releases of classic film and television.
Previous article
Fallen Fruit at York Theatre Royal Studio
Next article
The Wedding review

The Wizard of Oz review